Karisma Kapoor’s Birthday Post For Sister Kareena Kapoor Khan Is All About Love And Reminiscing Their Childhood Days!

It is queen Kareena Kapoor Khan’s birthday and the internet is flooded with wishes about her! Her fans have been taking to social media to wish the star and also make some very cool and amazing video edits about her. And why not? Bebo has ruled hearts ever since she made her debut in the industry. Fans love her not just for her performances in films but also for her innate fashion sense. On the occasion of Kareena turning 42 years old, her elder sister Karisma Kapoor took to her social media to pen a heartfelt note for her and also share a couple of pictures from their childhood. Aww, how sweet!

Taking to the Gram, Karisma shared two unseen pictures with her sister and birthday girl Kareena Kapoor. In the first one, little Lolo and Bebo were hugging each other and in the second one, she had her arm around Bebo. In both the photos, the Kapoor sisters were sweetly smiling for the camera. They were also wearing matching outfits that had a little bow in the front.

In the caption of the post, Karisma wrote, “To the bestest sister and my best friend (red heart emojis) Happiest birthday (celebration and hugging emoji) Always twinning and winning 👯‍♀️😉😅🙌🏼.” 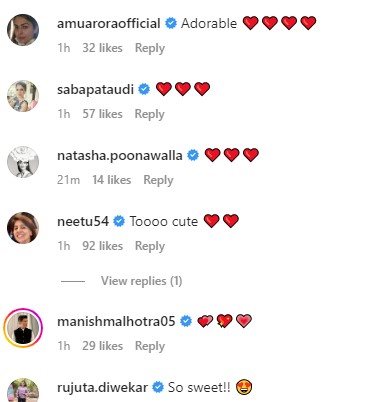 Sara Ali Khan also took to her Instagram story to wish Bebo on her 42nd birthday. Sharing a picture where she, her father Saif and baby Jeh, Sara wrote in the caption, “Happy birthday, @kareenakapoorkhan! Wishing you all the love, luck, laughter, happiness and cake today.” 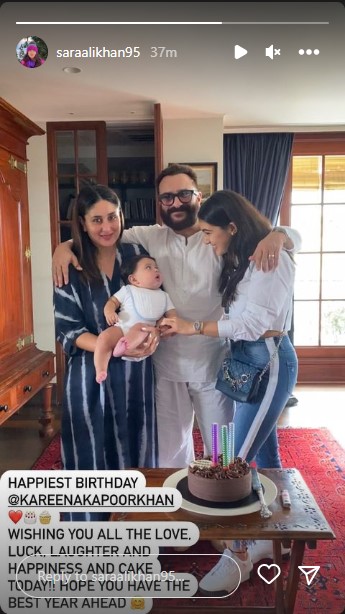 Kareena has played some iconic characters on screen and we have loved her in every new character she has played. From Poo in K3G to Geet in Jab We Met, Bebo has given some much-loved characters throughout her career. On that note, happy birthday, Kareena Kapoor Khan!

Kareena Kapoor Shares An “Asli Shot” Before Shoot With Neetu Kapoor. We Want To Know More About This Family Collab!