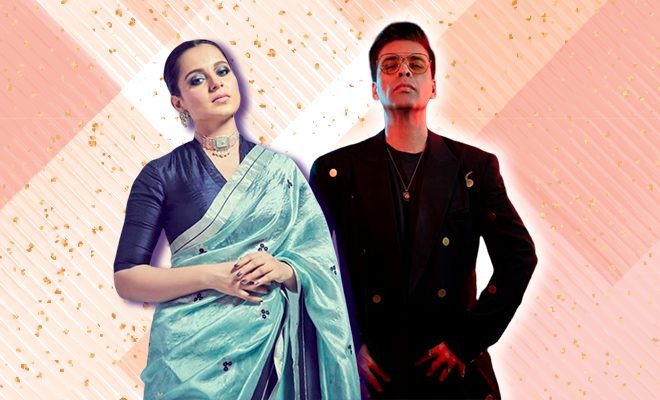 Lock Upp has been making headlines ever since Ekta Kapoor announced that she was coming up with a new reality show that would be hosted by Kangana Ranaut. And now that we’re one month into the show, the number of views on it is pretty good. In fact, Kangana Ranaut took to her Instagram story to share that the show has hit 200 million views. But because she is the Queen of controversies, she didn’t stop there. The actress went out and slammed Karan Johar saying that he will be crying now that her reality show is doing so well.

Around midnight on Thursday, Kangana Ranaut shared on her Instagram story that her reality show, Lock Upp, has hit 200 million views. And along with that, the Thalaivi actress slammed Karan Johar and the media stating that they will be crying now that the show is reaching heights. 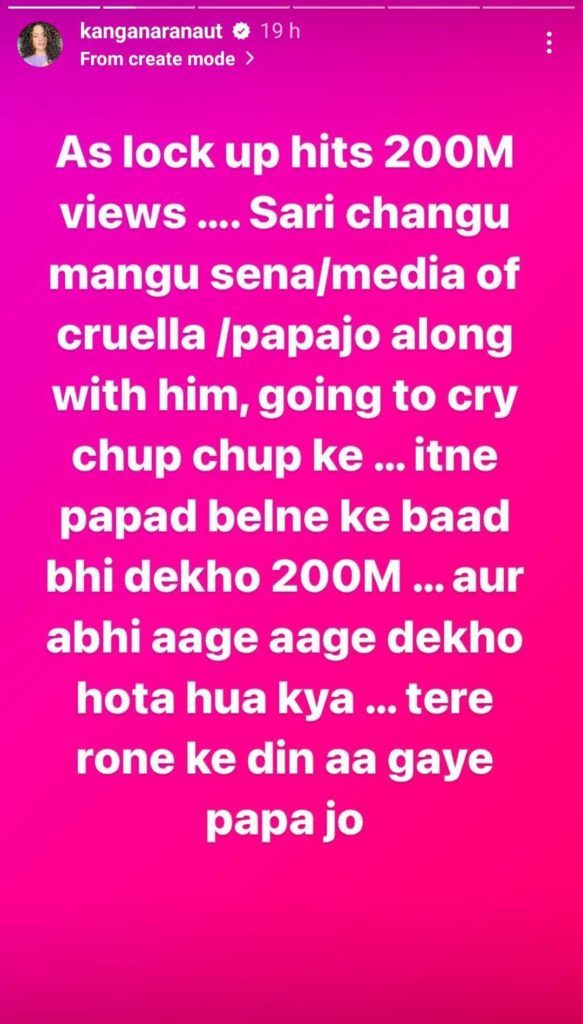 Also Read: Kangana Ranaut Stands With Will Smith Over The Smith-Rock Slap Gate, Says She Would Have Done The Same

I genuinely don’t understand why she can’t be happy with her own progress. Why does she need to bring someone down in order to establish her success? It’s a great achievement na toh celebrate karo, insab kii kya zarurat hai? It feels as though for the Krrish 3 actress a day without controversy is a day wasted.