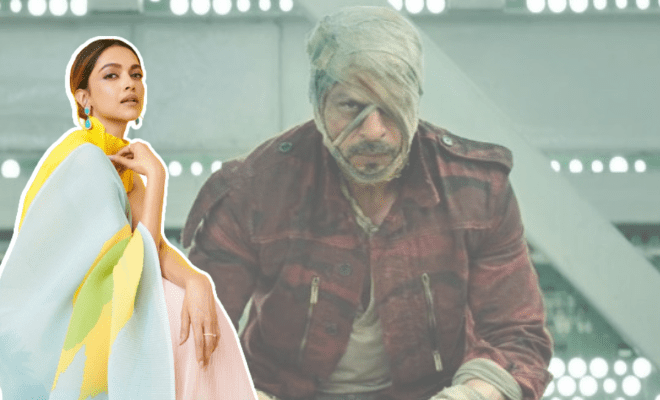 The year 2022 marks the 30th year acting anniversary of the King of Romance. Yep, Shah Rukh Khan finishes 30 years in the industry and by the looks of it, the King Khan of Bollywood is playing his cards right – whether it comes to choosing the right roles or producing the right movies. The actor’s line up kicks off with Pathan, followed by Jawan, and finally ends with Dunki – needless to say all three are riding on the versatile actor who has his stage set. However, joining him on this journey is none other than another talented actor, Deepika Padukone. Yep, the rumours suggest that it is Deepika, who is going to be seen with SRK in Pathan, will be making an appearance in Jawan as well.

Deepika Padukone who will also be seen towards the end of Brahmastra and later on will be joining Ayan Mukerji’s astraverse, is also set to make a brief appearance alongside Shah Rukh Khan in Atlee’s action entertainer, Jawan. The movie also stars Nayanthara, Sanya Malhotra, Rana Daggubati, and Sunil Grover.

As per Pinkvilla’s source, “Deepika has been in talks with SRK and Atlee for a while now and she is poised to make a short yet important appearance in the film. She has agreed in principle though the paperwork still remains.” Red Chillies is set to produce the upcoming movie, Jawan.

The source further revealed that Shah Rukh Khan along with his director for Jawan and Deepika Padukone had recently met in Hyderabad, where the actress was shooting for her upcoming movie, Project K. The source said that the three of them discussed the dynamics of her role in the movie along with shoot dates. The paperwork for the same will be ready soon.

However, that is not all. The rumours doing rounds in B-Town also suggest that there is another male A-lister who might be having a cameo in Jawan. But like I said, these are just rumours and there is no assurity there.