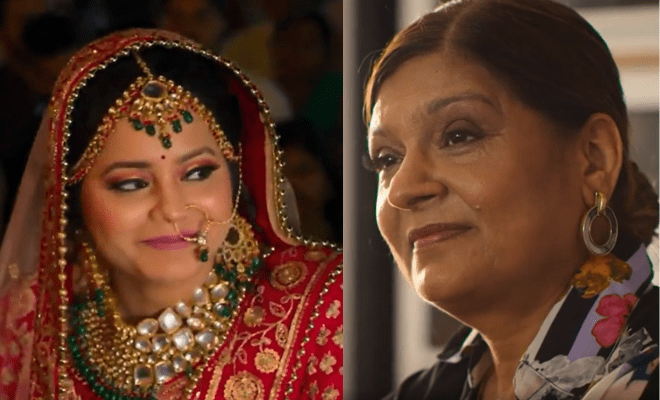 The highly-anticipated trailer of Indian Matchmaking season 2 is here and Sima Taparia is back to make the perfect matches that even heaven couldn’t! The last season received so much love and a positive response from the audience that the makers had to come up with a new season as well. The viewers of the show found this whole concept of the Indian matchmaking process to be quite relatable as well. So, without further ado, here’s what the Indian Matchmaking season 2 trailer was all about.

The one-minute-41-second trailer began with Simaji walking toward the camera and announcing with much enthusiasm that she is back! The next shot sees one of her clients asking for her help and Sima Taparia responds by saying that she is only there to help people. She also went on to say that matchmaking was easy a couple of years ago and it has become tough for her now.

Simaji went on to recall how she has been working for some of her clients for many years now but she has not been able to find a suitable match for them. She also said that when people come to her they have many criteria set that they want their future partner to fulfil. The trailer video then went on to see how some of her clients had very specific demands like one of them said if her partner had a man bun or a tattoo, then it would be great. Sima was also heard saying that she is not a fairy who will wave her wand and grant everyone their wishes.

The rest of the video saw the people mingling and getting to their potential partners as well. Aparna Shewakramani and Pradhyuman Maloo from the last season were also seen in the trailer as they could find themselves a match. The Indian Matchmaking season 2 will premiere on Netflix on August 10, 2022.