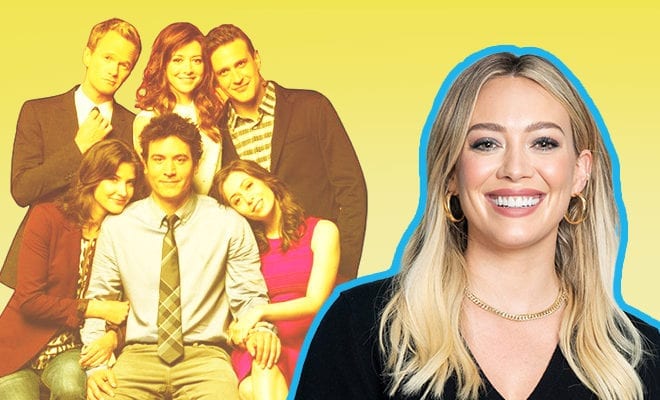 How I Met Your Father: All You Need To Know About The HIMYM Spin-off Starring Hillary Duff

Guys, guys, GUYS! We finally have a date! American sitcom How I Met Your Mother which was first released in 2005 is all set for a spin-off titled How I Met Your Father on Hulu. And the show will premiere on January 18, 2022. The big announcement was made by the cast of How I Met You Father on Wednesday through a video. The show iw headlined by Lizze McGuire actor  Hilary Duff, along with Francia Raisa, Suraj Sharma, Tien Tran, Chris Lowell, and Tom Ainsley. The video borrows a few signature Barney Stinson catchphrases to announce the premiere date of the show.
Meet the cast of the show How I Met Your Mother!

It’s going to be legen— wait for it —dary! Filming for How I Met Your Father (@himyfonhulu) starts now. #HIMYF is coming soon to @hulu. pic.twitter.com/tJnbniYERz

Take a look at the cast of How I Met Your Mother announce the release date of the show.

A post shared by How I Met Your Father (@himyfonhulu)

As per reports, How I Met Your Father takes place in the near future, as Sophie (Hillary Duff) tells her son the story of how she met his father. The retelling of the story catapults us back to the year 2021, where Sophie and her close-knit group of friends Jesse (Lowell), Valentina (Raisa), Charlie (Ainsley), Ellen (Tran) and Sid (Sharma) are in the midst of figuring out their life, like who they are, what they want out of life, and how to fall in love in the age of dating apps and limitless options, according to the official logline. The story of How I Met Your Father is written by Isaac Aptaker and Elizabeth Berger.

Sex and the City star Kim Cattrall will succeed Bob Saget as narrator. She will voice an older version of Hillary Duff’s character Sophie, much like Josh Radnor (and Bob Saget’s) Ted Mosby did in the original series. The recurring cast will also include Daniel Augustin, Ashley Reyes, and Josh Peck.

Who’s excited? I know I am! It’s going to be legen-wait for it….