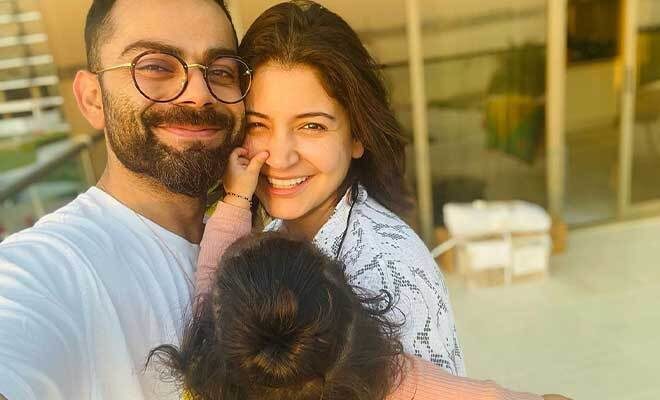 Anushka Sharma and Virat Kohli are undoubtedly the most loved celebrity couple, right now. In 2017, the duo surprised us all by dropping the news of their hush-hush wedding in Tuscany, Italy. The pictures from their gorgeous wedding ceremony remain, to date, one of the most memorable celebrity wedding photos. Virushka, as they are fondly called by their fans, welcomed their daughter Vamika in early 2021. And look, she’s turned one already; how time flies! Many fans of Virat and Anushka have taken to social media to wish little Vamika on her first birthday. And as expected, #HappyBirthdayVamika is trending on Twitter!

Anushka and Virat were blessed with a baby girl on January 11, 2021. The couple made sure to not share any pictures of their daughter on social media where her face might be visible and asked the paparazzi to respect their privacy and not take unauthorised photos of Vamika. On Vamika’s first birthday, Anushka’s brother Karnesh Sharma posted an adorable birthday post on social media to wish his niece and called Virat and Anushka ‘best parents’. Sharing a collage of photos of Vamika with her parents, he wrote, “Happy growing up kiddo (emojis) Lots more memories to the best parents @anushkasharma @virat.kohli.” 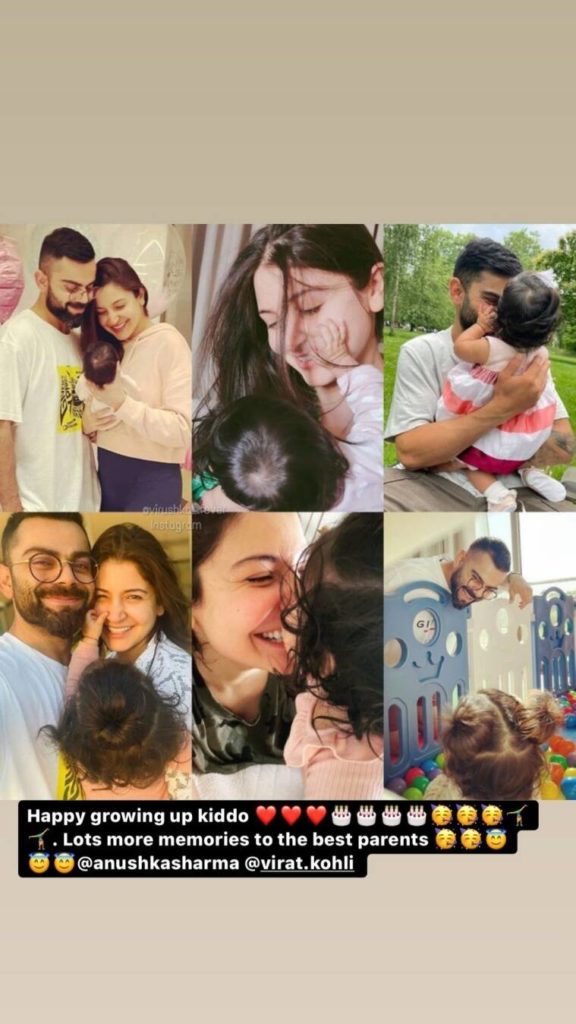 While the couple has not posted anything on Vamika’s first birthday, Anushka Sharma did share a picture of her and Virat cuddling together on her Instagram stories last night.

Meanwhile, their fans are celebrating the little one’s birthday too enthusiastically by posting sweet birthday messages on Twitter with #HappyBirthdayVamika. The little one is already a star!

Happy birthday vamika.❤🧣
I love you💕. Hope you grow up just like your mom and dad. The most gentle and best human to exist on this earth🤍🙈#HappyBirthdayVamika pic.twitter.com/jscO3ueTSJ

Also Read: Anushka Sharma Takes To Instagram To Thank Paparazzi And Fans For Not Sharing Photos Of Vamika

Currently, Anushka Sharma and Virat Kohli are in South Africa with Vamika. The Indian Cricket team is playing a series against South Africa and the final test match is underway. Meanwhile, Anushka Anushka Sharma recently shared the teaser of her upcoming Netflix project called Chakda ‘Xpress on her Instagram. In the film, she plays a role inspired by Jhulan Goswami, former Indian women’s cricket captain. Anushka, who is also producing the film, explained that this is a special film for her since it tells a story about a woman who chose sports and made India proud on the global stage at a time when women weren’t allowed to even think about sports.