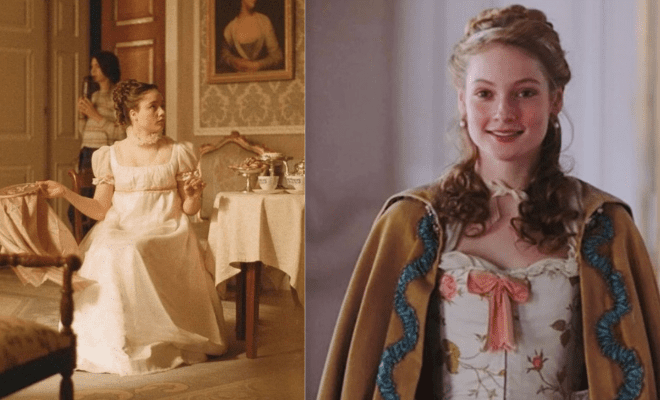 Season 2 of Bridgerton left us all with laughably high standards from our romantic lives and the need for more romantic period drama content we can all vicariously live through. And while season 3 isn’t here yet, we have got news about the much awaited next season. Hannah Dodd who you might know from Enola Holmes 2 and Eternals is now going to step into the role of Francesca Bridgerton in season 3 after the departure of Ruby Stokes.

As you might be aware, after being off-screen for the majority of season 1, Ruby Stokes as Francesca Bridgerton was going to have more screen time and a larger role in season 2. However, she had to leave 3 the show 3 days into filming as she had a prior commitment to the Netflix detective thriller, Lockwood & Co. The news has now arrived that Stokes will be replaced by Hannah Dodd to play the role of the sixth oldest child and second youngest daughter of Lady Violet, according to sources.

Compared to her chatty family, Francesca is quite different. She has a reserved nature as compared to their extroverted one. She tends to conform to societal affairs and expectations.

Also Read: A Style Guide To Rock Highlighter Hues And Have No One Jisne Dobara Mudke Aapko Nahi Dekha

So far, Francesca’s character has barely had any chances to interact with the audience as Stokes had fleeting appearances in Season 1 of Bridgerton where she was seen visiting her Aunt in Bath. As mentioned earlier, Francesca was seen in the first 3 episodes of season 2 before disappearing again without any explanation due to Stokes’ departure from the show. She is predicted to be the centre of attention in season 6 of Bridgerton based on the books as Francesca’s character takes centre stage in the sixth book named, When He Was Wicked.

Debina Bonnerjee Gives It Back To Trolls Telling Her How To Hold Her Baby. When Will People Learn?