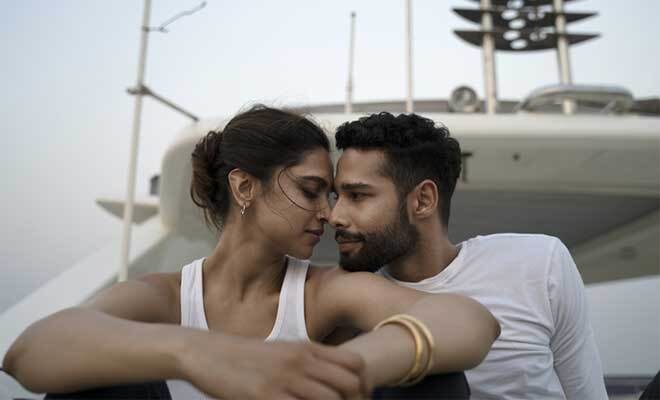 ‘Doobey’ From ‘Geharaiyaan’ Featuring Deepika Padukone, Siddant Chaturvedi Is Out. We’re Drowning In The Depths Of This Song!

I’ll be honest, this year did not start on a good note for me since I contracted Covid. So, I’m not very eagerly looking forward to this year unfolding. But there is one little thing that I am looking forward to and it’s the upcoming movies! At least I get to unplug. One such movie that I am desperately waiting to watch is Deepika Padukone, Siddhant Chaturvedi, Ananya Panday and Dhairya Karwa starrer Gehraiyaan. This Shakun Batra directorial has been making headlines for a while now. I love how the makers have managed to create such an uproar with their promotional moves. This Amazon Original Movie is the one thing that we’re all looking forward to. After that amazing trailer, there’s no chance that we’re missing film! Plus it’s not like we can forget the beautiful snippet of the song we heard in the teaser. Tu marz hai dawa bhi, par aadat hai hume… As if this one wasn’t enough, the makers have now released another song from the film titled ‘Doobey’ and it really has us hooked. This song features Deepika Padukone and Siddhant Chaturvedi and their chemistry has us feeling hot in these Mumbai winters!

Take a look at the video of this song.

‘Doobey’ is the first soundtrack from Gehraiyaan and it kinda sorta makes us feel the head rush of falling in love, those first little sparks before we feel the fireworks. The song is written by Kausar Munir and sung perfectly by Lothika Jha. ‘Doobey’ is composed by OAFF and Savera and designed by Ankur Tewari.

Speaking about the first song of the film, Ankur Tewari said that he knew from the beginning that the music of Gehraiyaan had to be ‘true to its story’ and that it had to let the viewers get ‘absorbed into the world of these characters’. Speaking about Kabeer, Savera and Kausar, Tewar shared that all of them did a ‘phenomenal job’ at keeping the essence and intrigue alive with the music. “Lothika’s vocals add the right amount of freshness and intensity to the song,” added Ankur Tewari. We agree with that one. ‘Doobey’ sure is a refreshing change from all the old reprised songs that we’ve been hearing for so long now.

Calling his experience working on Gehraiyaan and its music ‘incredible’, composer OAFF aka musician Kaber Kathpalia shared that the love they have received since the first teaser has been ‘extremely special and definitely humbling’. Speaking about ‘Doobey’ the composer said that the aim was to ‘recreate the feeling of freefalling, the head rush of a new relationship, of being in love’. Well, they sure achieved it. We’re practically falling in love with this song and feeling that head rush. NGL, we just ‘Doobey’ in the Gehraiyaan of this song!

Gehraiyaan is set to release worldwide on the OTT platform Amazon Prime Video on February 11th.

Ananya Panday Shares Shakun Batra ‘Laughed In Her Face’ After An Emotional Scene In ‘Gehraiyaan’. Don’t Worry, You Did Amazing, Sweetie!