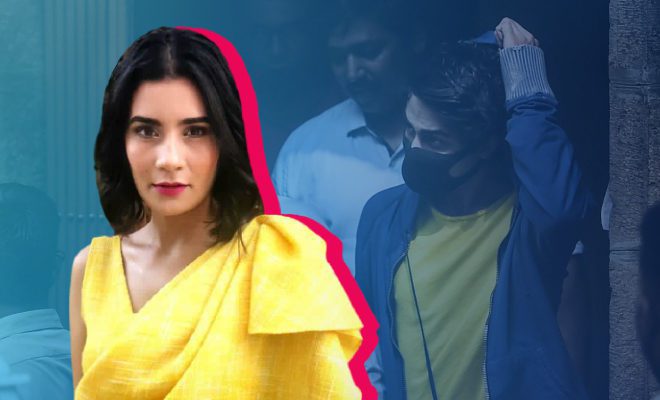 When I come across the news of Aryan Khan on the internet, I often wonder if it would be the same, big deal if he was not Shah Rukh Khan’s son. I mean, sometimes I wonder that just because a person is related to the film industry, the matter is further exaggerated and pulled. Now, I’m not saying that he is guilty, I wouldn’t know since I don’t have all the facts. But there is one thing that I do believe. And that thing is the fact that police, media, etc. find it extremely easy to target the film fraternity when it comes to any socio-political issue. And I’m not the only one who believes that. Even Soni and Thappad actor Geetika Vidya Ohlyan who came out in support of Aryan Khan believes that the film fraternity is an easy target for large socio-political issues.

Geetika Vidya Ohlyan shared a story on Instagram wherein she wrote how star kids have their own set of struggles. She followed it up with another story where she reposted a message about how we need to cut Aryan Khan some slack because it’s not like he signed up to be a role model for other children. 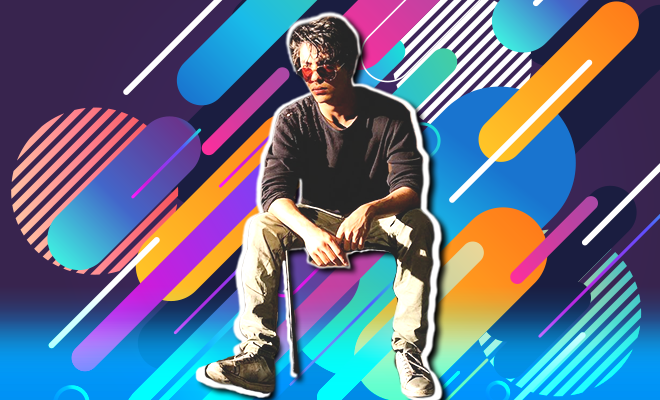 The Soni (2018) actress came out in support of Aryan Khan and reposted a message on her Instagram story that read, “He (Aryan Khan) did not sign a contract to be a role model for your children or society… cut the kid some slack!” She further went on to say that the film industry was, has, and will always be a soft target for socio-political issues. Geetika Vidya Ohlyan is happy about the fact that during this phase, the entire film fraternity has come out in support of Aryan Khan and his family.

As per Hindustan Times, Geetika Vidya questions that if the film fraternity won’t come out and support then who will, and if they don’t do it now, when should they show their support. She expresses her anger towards the widespread criticism of the 23-year-old. She stated, “He is a young adult who has neither taken the citizens’ money in the form of taxes nor a responsibility to serve anyone by asking for votes… If he has consumed the alleged substances, that’s bad for him, his health, and the mental peace of his family. But we all can see that being a star kid, he is being used for purposes other than morality and legality.”

And it is not just her who has come out in support of Aryan Khan. Along with Geetika Vidya Ohlyan, other celebrities like Tanisha Mukherjee, Sussanne Khan, Suchitra Krishnamoorthi, Pooja Bhatt, Raveena Tandon, Swara Bhaskar, Somy Ali, and many others have extended their support to the 23-year-old and his family.

Shameful politics being played out.. it’s a young mans life and future they toying with … heartbreaking .

I stand in solidarity with you @iamsrk Not that you need it. But I do. This too, shall pass. 🙏

Capturing the gold fish while sharks swim free.#ReleaseAryanKhan
And everyone else being held with insufficient evidence

In all honesty, I agree with Geetika Vida Ohlyan. I mean, the media and news have been so focused on Aryan Khan that other issues that need our attention have been put aside. Moreover, only because he is the son of Shah Rukh Khan, I personally believe that the matter has been stretched. But then again, I don’t have all the facts so taking a stand on it makes no sense. But there is one thing that I can say, whether he took drugs or not, he isn’t supposed to be some role model for the country’s children, so giving him a bit of breathing space might not be such a bad idea.