Given the raging remake culture going on in the Hindi film industry right, now, those far and fetched songs that have not yet been ruined yet are in danger. Not that I am entirely against the whole remake business but I have now reached my limit. As long as it was limited to the Hindi songs that were being remade, it was easy to ignore the new track but things seem to have gotten personal. Falguni Pathak’s golden track ‘Maine Payal Hai Chhankai’ has been remade recently and after listening to it, I wish I did not have ears at all. Yes, it is that bad! The new track is called ‘O Sajana’ and is sung by Neha Kakkar.

Well, I am glad that like me, a lot of other people have also not liked the song and have made sure to let their dissent known. And It looks like Falguni Pathak has also not liked the garbage remake of her song and is taking to her Instagram to reshare the stories of all those who are showering love on her original track.

Falguni Pathak is proving that she is not just the Garba queen but is also the queen of throwing subtle shade. She has been resharing all those posts made by her fan who are dissing the Neha Kakkar remake. Fans have openly dissented and said, “These autotune singers and their remakes need to stop.” From Pathak’s reports, it clearly looks like Neha Kakkar has hit the music lovers’ nerve by attempting to remake Maine Payal Hai Chhankai. One of the fans wrote, “Thank you @nehakakkar for shitting on one of my fav classics. @falgunipathak sue her”, while another wrote, “I don’t know why @nehakakker feels she needs to remake and ruin all classics?” See their reactions below. 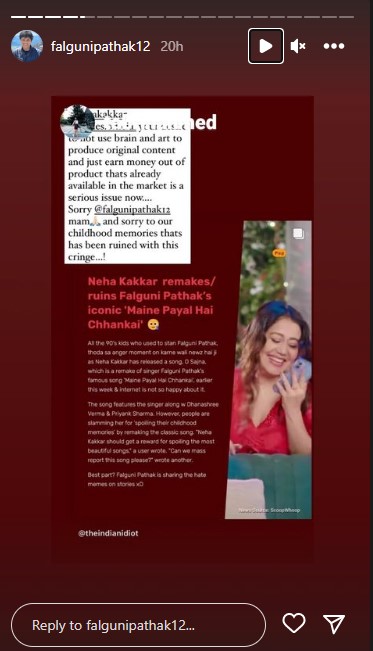 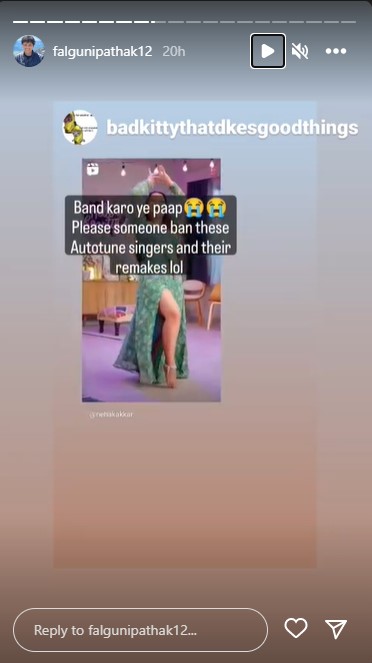 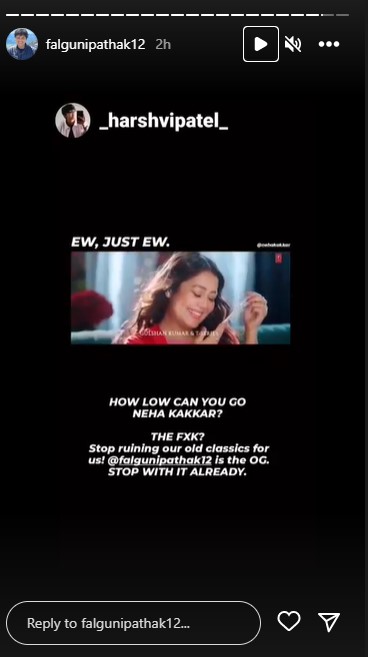 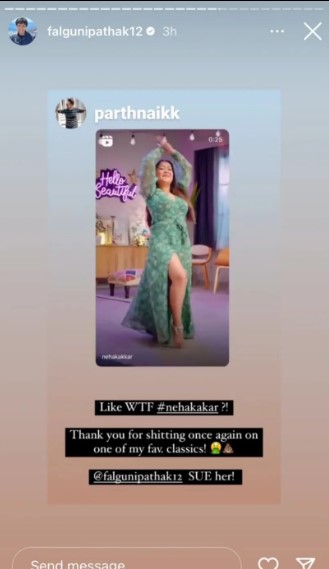 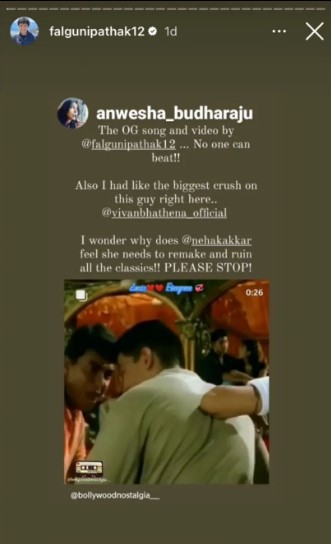 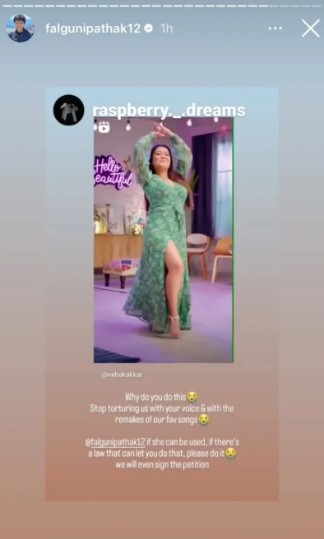 People also took to Twitter to slam the Neha Kakkar remake. One of them tweeted, “I just listened this song called
#MainePayalHaiChhankai by autotune singer. kaan se khoon nikla literally”, while another tweeted, “Such a beautiful song got ruined 💔💔💔💔.”

Can't imagine she is the judge of singing show 😂😂😂.

#FalguniPathak throwing shade on tatti #NehaKakkar by reposting insta stories of people dissing, abusing, and cringing on her 'O Sajna' (🤮) song is the best thing that has happened to me today 😂😂@FalguniPathak12 you rock ma'am!#BanOSajna @ReportOSajna pic.twitter.com/eHfdWmKEl3

Pls don’t demolish the songs we have grown up hearing and watching. There’s lot of emotions and our childhood attached to it.
Instead of remaking old songs, why not focus on creating new master pieces please 🙏🏽#falgunipathak #OldIsGold

We absolutely love Falguni Pathak for throwing such a classy shade at Neha Kakkar. She is not saying a word while reposting the stories but it is very clear that she is approving their dissent and saying that she hasn’t liked the remake of her original, as she should! ‘Maine Payal Hai Chhankai’ has been a big part of every 90s kid’s childhood and the Neha Kakkar remake does not even come close to it. I strongly believe that artists who have sung the original should be roped in to sing the remake of the original as well. I really wish remakes would be as aggressively boycotted as films as now these days!