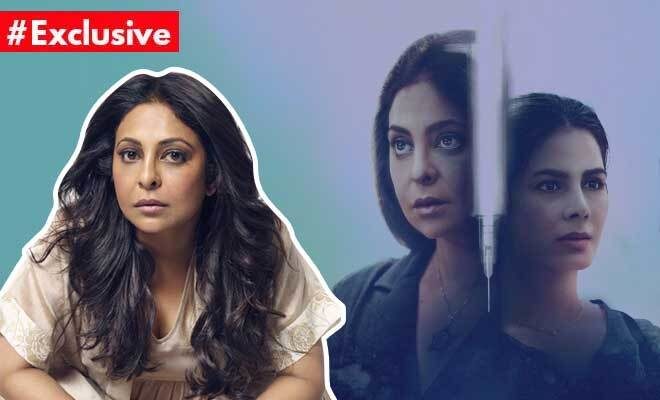 Exclusive: Shefali Shah On ‘Human’, Being An Actor In These Exciting Times, And Her Pretty Impressive Binge-Watch List

Shefali Shah is finally getting her due recognition, which has been a long time coming. At this juncture in her career, she has headlined an International Emmy winning show, Delhi Crime, played critically acclaimed characters in Ajeeb Daastans, Dil Dhadakne Do, and Juice, amongst others. She has even donned the director’s hat and helmed short films, Happy Birthday Mummyji and Someday. But would you believe it if I told you, my memories of her promising acting talent go back, way back to the 90s when she played Savi in Hasratein on Zee TV? Even back then, television had its remarkably progressive shows, blissfully unaware of their impending saas, bahu aur saazish future, and her performance stood out. Now we’re in a different era, watching these same actors show us a different facet of their skills, on a different medium. And the subjects of these movies and shows are so varied and unique. In fact, Shah’s latest, Human on Disney+ Hotstar, is a medical drama on the hitherto unexplored world of drug trials, informed consent and medical malpractice.

Shefali Shah plays Dr Gauri Nath, one of the country’s top neurosurgeons. She is successful and honourable, an inspiration and a mentor to her protege, Dr Saira, played by Kirti Kulhari. However, a shocking discovery throws both their lives into chaos. Human has been penned by Mozez Singh, and Ishani Banerjee and has been produced by Vipul Amrutlal Shah of Sunshine Pictures Pvt. Ltd, who also directs it along with Singh. The series also stars Seema Biswas, Vishal Jethwa, Ram Kapoor, Aditya Srivastava, Mohan Agashe, and others.

In conversation with Shefali Shah, we discuss this promising new series Human, her getting directed once again by husband Vipul Shah, what excites her about these changing times, and the fact that she’s an absolute binge-watcher of shows, just like you and me!

Q: What do you look for when you pick your projects, and what made you go for Human?

Shefali Shah: Three things: First is the script. Second, the character, And third is the director. And Human for me ticked all the boxes.

Q: What was the biggest challenge while playing Dr Gauri Nath and how did you go about navigating it?

A: I have never played a character like this. I have never met or seen a woman like her in real life. So she didn’t come with an instruction booklet. She’s extremely complicated and indecipherable. But you know, she was written in a certain way. She was written like a lioness. And I decided to play her like Bambi. It was a conscious decision that I took and luckily my directors agreed with it. Had I played her the way she was written, then it would have been a safe place, but I decided to take a chance and play her completely differently. There’s a lot of strength in her character. There is a lot of complexity, but when you see her, she’s this demure, soft, vulnerable person.

Gauri sounds different too. My voice is a very strong identity of me. But the voice I used for Gauri, the way she moves, the way she talks is very different. I don’t know what the audience’s reaction is going to be to it.

Q: Do you do this often then? Challenge yourself by going beyond what’s on paper? Or do you usually adhere to the writer’s and director’s vision for your character?

A: I’ve luckily worked with directors that understand that this is a collaboration. When Richie Mehta met me for Delhi Crime, the first thing he said to me is, “I don’t want an actor. I want to collaborate.” Directors understand that this is what we’ve written and here we have an actor who we know can build on it from the script and give her own take on it. I’ve been fortunate to work with directors who believed in me and who understood and accepted my take on the character. Filmmaking is not a dictatorship. A sensible director knows that it’s not a one-man show.

So yes, I do have a lot of questions, points of view, discussions, and debates. And ultimately, it is about the entire picture, right? The collaboration of working towards one goal. Between a director and an actor, it’s a lot like either you convince me or I’ll convince you, or we put our minds together and make the character who she is.

And isn’t that why they cast certain actors, right? Because they know this actor’s going to bring something more to the table than they’ve imagined on paper.

Also Read: 5 Thoughts I Had About The Human Trailer: This Looks Intense, And I Cannot Stop Fangirling Over Shefali Shah

Q: You’re being directed by your husband, Vipul Shah, after a long time.  And it’s a new format too. How is he as a showrunner to work with?

A: He’s a good director. He’s very calm and a chilled out person to work with. He’s one of those directors who takes his entire with him. He doesn’t believe in saying, “I am the leader.” He considers everyone’s point of view. But at the same time, he has absolute clarity about what he wants. So it’s always a pleasure to work with someone like that. And we respect each other and each other’s work a lot.

Q: You’ve got such a talented cast along for the ride. How was the experience of working with Kirti Kulhari, Ram Kapoor, Seema Biswas and the rest of the cast?

A: Amazing! When you have actors like these, you just grow as an actor yourself and as a character. They’re all actors who think beyond themselves which is very important. Because when you have a selfish actor who is just thinking of themselves, it’s very boring. Here, everybody understood that it’s a cumulative process.

Second, they are also terrific not just as actors but as people too. We’ve got a terrific cast and it is great when you see them bring all these characters to life.

Q: I’ve been loving how female characters and relationships are being written with such nuance these days. What can you tell us about the relationship between your character and Kirti Kulhari’s character?

A: So, Dr Gauri Nath is Dr Saira’s mentor. It’s a classic relationship between a mentor and a protegée. They respect and love each other. They are companions and compatible. They complement each other. And at the same time, they also contradict each other and there is conflict. So it’s all of it put together. 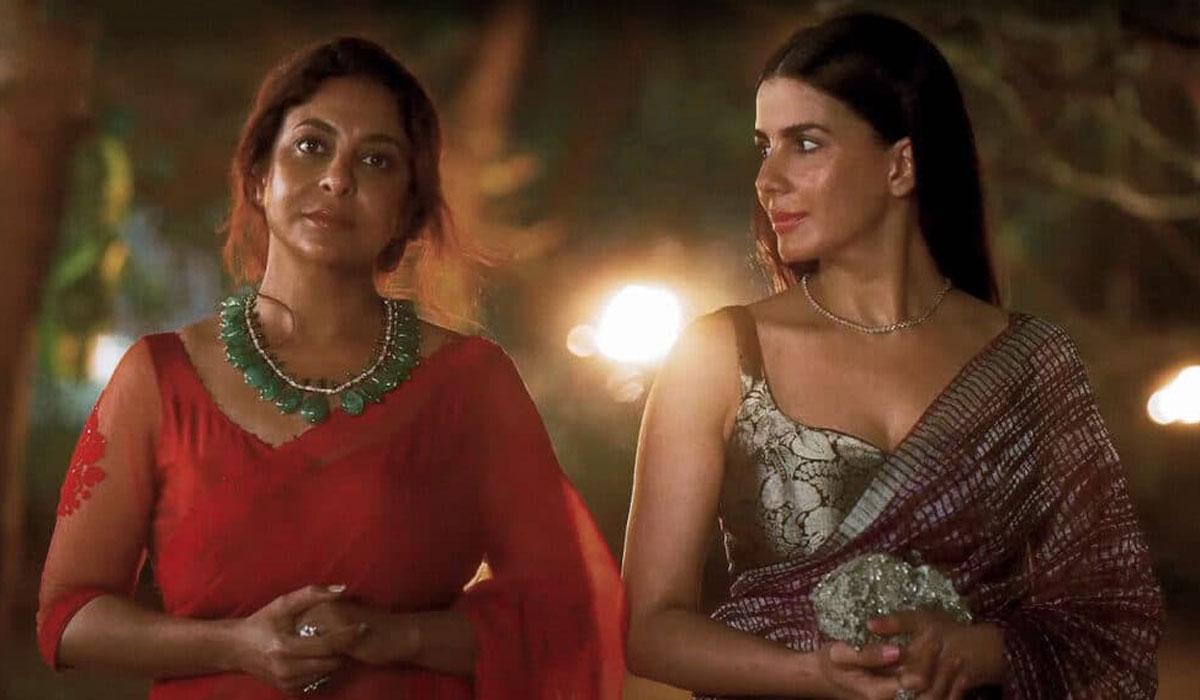 Q: Is there some insight about the medical profession and the pharma industry that surprised you during Human?

A: Everything! I’d heard of drug trials, read a few articles and seen some documentaries on it. But when I read the script, I was shocked. I was shocked to think, “Oh my God, this really happens?” And it’s scary.

Q: As a woman in the industry today, how do you feel about this wave of change that’s finally giving female artists, both behind and in from of the camera, their dues?

A: All of it. I mean, there are now roles written for me and with such nuances. These are deeply-etched, full-fledged characters. And I’m finally playing leads and parallel leads and I’m doing the kind of work that I’ve always wanted to do. These are very exciting times indeed.

Q: What kind of an audience is Shefali Shah? Are you a binge-watcher? What have you been watching lately, and enjoyed?

A: Oh, completely, I really am! Well, Money Heist! Then there is this film called CODA. I loved Marriage Story last year. I just got around to watching Fargo, I know I am a little late! And just yesterday, I stayed up all night and watched Stay Close on Netflix. Hmm… What else? I think some of my top favourite shows would be Chernobyl, When They See Us, Fleabag, Broadchurch, Narcos and Delhi Crime.

Q: You have dabbled in direction and writing, with shorts like Happy Birthday Mummyji. Is that something you’re keen on exploring more?

A: Absolutely. I want to direct. I have worked on scripts. But I know the kind of time I take for prep. So if I want to direct a full-fledged film, I will give it a lot of time. That’s the choice I will make. And right now, I am loving my phase as an actor.

Q: Let’s leave the audience with a parting thought about Human for when it releases, shall we?

A: I can’t wait for it. I can’t wait for the kind of reaction it’ll get. I’m waiting because I know people are very excited about it. So am I, but I’m also nervous because like I said, I’ve done a very different take on the character, playing a different person from what you’ve seen me thus far as an actor. So very excited, nervous, anxious!