Exclusive: Neil Bhoopalam On Having “Zero Game” Like Dhairya From ‘Masaba Masaba’, And What’s Next For Rana Ji!

Raise your hand if you spent last weekend binge-watching Masaba Masaba Season 2. I know I did! The part-reality, part-fiction Netflix series inspired by the life of designer Masaba Gupta and her mother, actor Neena Gupta, has been something I’ve enjoyed watching and rewatching since the first season dropped in 2020. It’s an intriguing concept, of course, but what I like most about this show is Masaba’s natural and highly relatable performance, her dynamic with mom Neena Gupta that translates into such a lovely relationship on screen, and the range of issues it tackles in the life of a 30-something working woman. Her love life, in particular, and the struggles of finding a man who gives her not what she thinks she wants but what she needs, resonates with me a lot! Yaar, same struggles! No wonder, both Masaba and I find ourselves mildly fascinated by this one character (and quite the ‘character’) Dhairya Rana, an investor in her brand, played by Neil Bhoopalam! 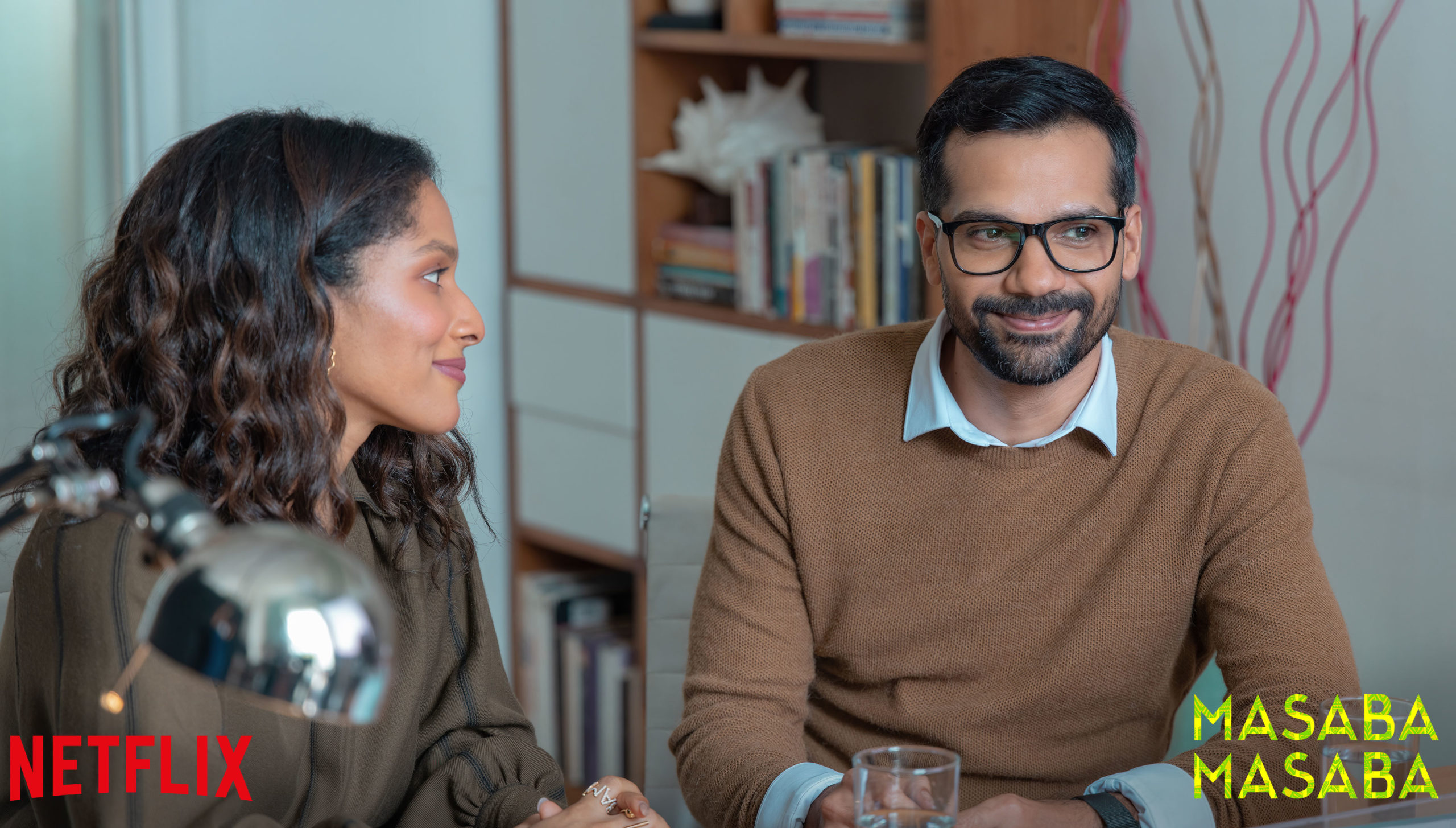 Dhairya, or as Masaba’s BFF Gia (played by the very talented Rytasha Rathore) calls him, Ranaji, starts off as being this no-nonsense, all-business investor who keeps a hawk’s eye on Masaba’s every move. He’s prim and proper, and quite the perfectionist and Masaba’s hot mess creative falls in stark contrast to his ways of doing business. But one episode changes their dynamic. A wrongly sent text (does Dhariya Rana have BDE) sows the seeds of a little something-something that leads to an unexpected hug in the Season 1 finale. And this blossoms into Ranaji standing with a bouquet of flowers and a note asking for a date, backstage at Masaba’s show in Season 2!

Also Read: “I Didn’t Wanna Look Intimidating By The Way I Dressed,” Masaba Gupta On Building The Sartorial Mood Of ‘Masaba Masaba 2’ With Stylist Mohit Rai

Dhairya’s track has been quite an interesting one this season for me. I mean, I am totally like Masaba in this regard—won’t sense the sweet guy’s interest in me, while unable to control my attraction for the hot fuckboy who doesn’t like wearing shirts, and does major public service in the process (*fans self*) Plus, there’s certainly funny and likeable charm that Neil Bhoopalam brings to Dhairya, and it’s pretty much like peeling layers off to discover what this otherwise guarded character is all about.

I spoke to Neil about what makes Dhairya tick, and whether his mannerisms and utter awkwardness around Masaba, which the actor portrays so well, have some of his own flirting style mingled in it too!

“I have zero game! I believe any sort of affection I got previously was just by chance and luck. I think that’s why they call it “being lucky!” This character was written so well. For Dhairya, the brief was that he’s sort of proper but he’s in awe of Masaba. Here is this entrepreneur who is so confident, and is dealing with the world, and comes from a niche space. Because fashion is a business also, right? It is an industry in itself. His traits come about from scene to scene, like in Season 1, during the breakdown scene where he hugs Masaba.”

Ask him where he sees his character going, now that Dhairya and Masaba are ‘something’ at the end of Season 2, and the actor has an honest answer that actually intrigues me.

“I’ll be very honest, I still don’t know where we are headed in terms of the kind of person Dhariya will eventually become. But it’s great to just invest your time in the present and follow it.” 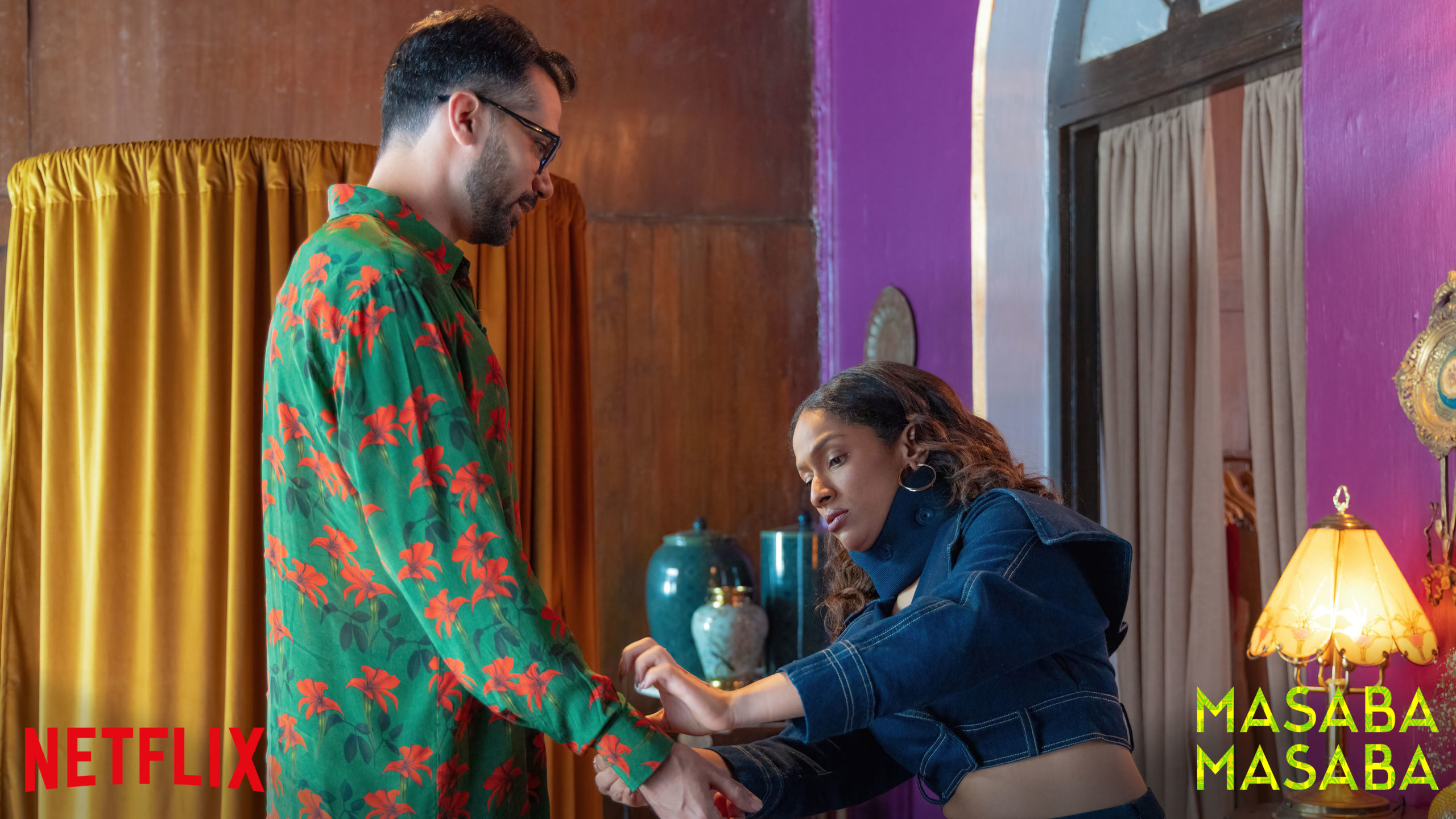 Masaba Masaba has managed to bring a heady balance of fact and fiction in its writing. This season there’s been some very real moments and some that have played right into the tropes that plague ‘chick-flicks’ and the rom-com genre, even if subversively. But that just means there’s so much about Dhairya and Masaba’s relationship that could take the unconventional route and be a petri dish for hot mess to fester. Will this be a workplace romance? Is Masaba really done with the fuckboy phase (I mean, are we ever really?)? Can they both handle each other’s eccentricities? What do we even know about Dhairya other than his work and that one ex-wife he has, right?

So many directions to choose from! Well, I certainly cannot wait to see where this goes next. Will need a lot of dhairya to wait for the next season, no?

Neena Gupta Talks About How Women Tend To Overlook Their Own Choices When It Comes To Food. As Usual, She Hits The Nail On The Head