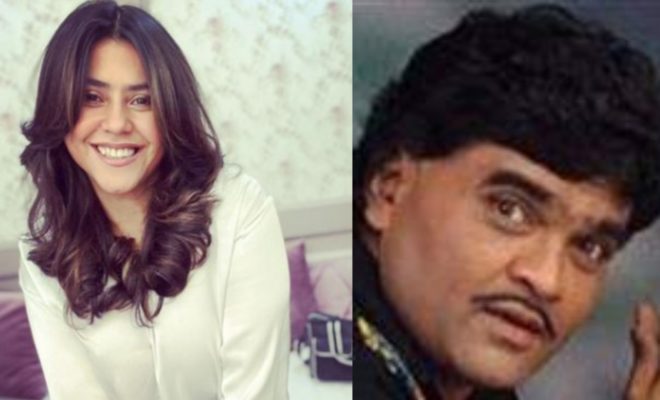 Ekta Kapoor Remembers The Days Of Working With Ashok Saraf In ‘Hum Paanch’, Says “He Agreed To Work With Me When I Was Just 17”

Hum Paanch was a popular Indian show that aired in the year from the year 1995 to 1999. The show was produced by Balaji Telefilms and was the debut of Ekta Kapoor a producer in Indian television. It starred Ashok Saraf, Vidya Balan, Rakhee Tondon, Bhairavi Raichura, and Vandana Pathak in the first season. The show returned with a second season in the year 2005. Hum Paanch was known for its perfect comic timings and hilarious dialogues. It became a famous and loved show among the Indian audience. Years later, its producer Ekta Kapoor has talked about her experience of working with the show’s popular face, Ashok Saraf, and has appreciated him for his humility.

In a recent event, that was organised to honour Mr. Ashok Saraf for his work in the Indian entertainment industry, many of Ashok’s co-stars from the show Hum Paanch graced the occasion. Ekta Kapoor was also among them. The producer shed some light on her experience of working with Ashok Saraf. She said that Ashok Saraf despite being a superstar agreed to work with her when she was just 17 years old. Ekta Kapoor  This was indeed a surprising revelation. Ekta also added that the show’s budget was also very limited and still Ashok Saraf agreed to go ahead with the project. Ekta expressed her gratitude towards the actor and said she was thankful to him for believing in such a young producer, and being a part of the show that did manage to entertain the audience for 10 long years, as per a news source.

Also Read: Neena Gupta Shares A Video Of Her And Kanwaljit Singh, And It Gives Us Saans To See Them Together

Ashok Saraf completed 50 years in the film industry and the legend has been a part of many movies and tv shows. He has always amazed us with his performances on-screen.