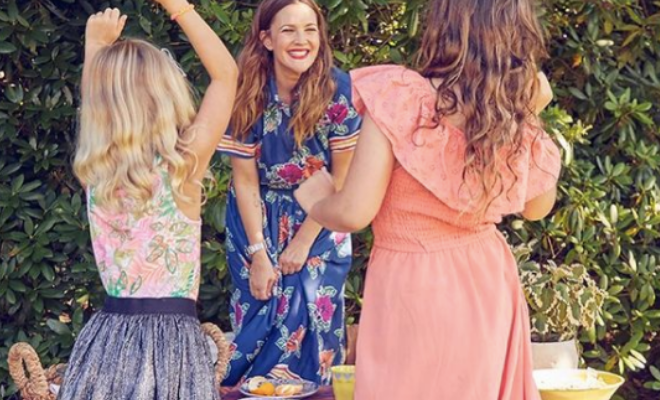 Drew Barrymore Teared Up Talking About Dating As A Single Parent. We Underestimate This Struggle

For the last 10 years, my mom has raised my brother and me, single-handedly. And in this one decade, I have come to realise how difficult it is to be a single parent and how much more difficult it is to fight loneliness. It doesn’t take a genius to guess that almost all single parents out there crave some companionship. But finding that companion with all that baggage and with kids can be really overwhelming, and this is true irrespective of where you come from or who you are. Take, for instance, Drew Barrymore, a mother of two, who got all teary-eyed when she was discussing how she struggles with dating as a parent.

Drew Barrymore became extremely emotional and ended up with tears in her eyes when she was discussing what it is like to be dating as a single parent, as a mom. At the time, the Hollywood actress was in conversation with Bobby Berk.

Talking about her struggles of dating as a parent, Drew Barrymore said she doesn’t know how to date with kids. She further added, “I’m not there yet. I have two young girls and I’m like…I don’t want to bring people home… I think it would take me a very long time to meet someone and get to know them before I could even ever introduce them to my daughters.”

Drew Barrymore who had two girls – Olive and Frankie – with her ex-husband Will Kopelman, said that she got emotional because she had never accepted that it was hard for her to date with kids ever to herself, and saying it out loud made it overwhelming. As per Pinkvilla, the Charlie’s Angels actor further said that her ex-husband is married to a wonderful woman and that her kids have an extraordinary stepmother.

Also Read: Zayn Malik Signs Up On Plus-Size Dating App WooPlus After Split From Gigi Hadid. We Wanna Match With Him!

Drew Barrymore who has been single for six years now said, “And our processes have been different, and their side of the street is so functional, and whole, and happening. And I think I’ve been on the sidelines in a beautiful honoring purgatory.” When asked about whether she was ready to marry again, the actor who has been married thrice now clearly stated that she won’t marry again.

Being a single parent is difficult enough and on top of that when you have no one as your companion, it makes things even more difficult. Speaking from personal experience, I do hope that more mothers like the 50 First Dates actor find someone who they can lean on when the going gets tough.

Male Government Employees Who Are Also Single Parents Will Be Entitled To A Child Care Leave, Says Union Minister Jitendra Singh. We Are All For This