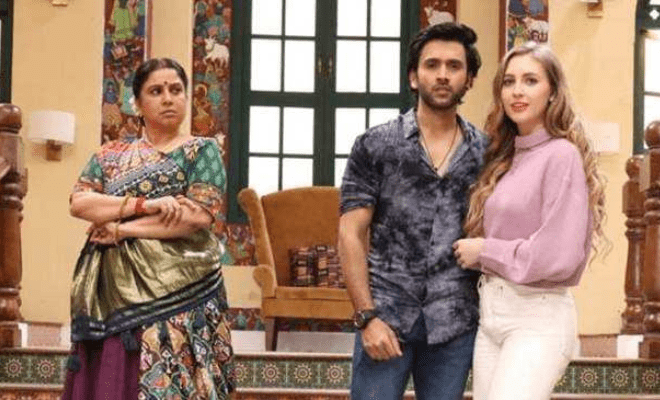 Okay, I’ll admit that I used to watch TV serials with my mother when I was a kid and I genuinely believe that some shows were good and quite ahead of their times. And I still like to follow TV shows with interesting storylines and characters even though they are quite rare. Speaking of interesting characters, British actress Jazzy Ballerini is all set to make her TV debut with the upcoming Star Plus show titled Anandi Baa Aur Emily. We are so ready to see her new avatar as firangi bahu!

Actress Jazzy Ballerini is all set to mark her debut in the Indian television industry with Anandi Baa Aur Emily which also stars Kanchan Gupta and Mishkat Verma. Talking about her show, Jazzy said that India has become her home now and she feels very fortunate to have been given a wonderful opportunity in her upcoming show Anandi Baa Aur Emily. She mentioned that each and every person on the set supported her and helped her with the dialogues. The story of the show revolves around Emily and her Indian mother-in-law Anandi Baa.

Jazzy also mentioned that Katrina Kaif is her inspiration. She said that Katrina made her realise that everything is possible if one can work hard enough and her character Emily can relate to her. She also added that she is excited about her new journey.

Also Read: Pankaj Tripathi’s Wife Mridula Is Making Her Bollywood Debut With ‘Sherdil’. How It Happened Is A Cute Story!

Meanwhile, Anandi Baa Aur Emily will premiere on June 27 on Star Plus and Disney+ Hotstar.