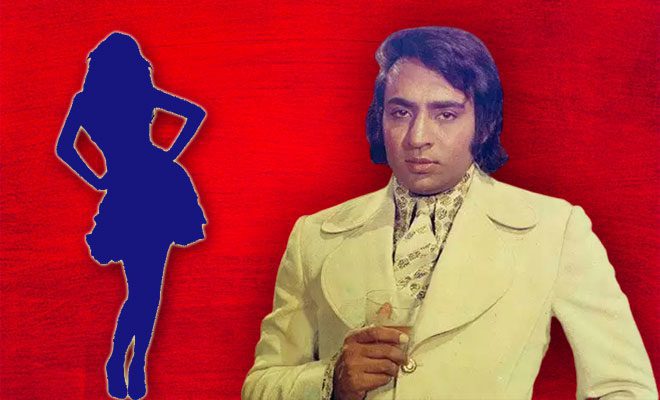 Bollywood has changed quite a bit over the years. But the one thing that remains constant is the sexism portrayed in the movies. However, now it might be contained and curbed because outrage and backlash can be quick. But back in the day, Bollywood movies sold patriarchy and misogyny to the audience in bulk. And that generational difference can be clearly seen when yesteryear actors like Ranjeet make sexist comments that might easily get misconstrued as glorifying misogyny and rape. The once-upon-a-time popular Hindi film villain, in a recent interview, made some pretty problematic statements. Particularly about women’s short clothes bringing an end to his career. What the hell?

Recently, in an interview with a daily, Ranjeet talked about how he was known as the rape specialist in Bollywood for the many rapist/molester roles he has played in the movies. However, he stated that now that actresses were wearing short clothes in today’s movies, there was nothing left for him to pull. And that pretty much ended his career. Erm, excuse me what?

It was weird then that after this uncomfortable and downright problematic statement, the actor went on to talk about making his costars comfortable and safe during scenes with him.

He explained how back in the 70s, actors would sign movies without having much insight about the script or the story. Ranjeet admitted, “Back in those days, no one listened to the story before signing a film; even the main heroes were told only a line. Actors like me assumed that if a filmmaker was coming to them, it must be for a role that he is fit for. I have never interfered with anyone’s scripts and I didn’t feel the need to. I didn’t have any problem with playing a villain. Of course, there were social repercussions, initially. My family was livid but eventually, they realized it was my job. I never planned my career; just moulded myself into whatever came my way.”

When talking about his ‘rapist’ image in Bollywood, he said he didn’t mind playing a villain and so he did what the filmmaker demanded out of him. According to Ranjeet, there were times that his female co-stars had asked their directors to bring him in for molestation/rape scenes because they felt comfortable around him.

As per Hindustan Times, when Ranjeet was asked what was the reason behind his career taking a hit, he said, “I went out of my way to make my heroines comfortable, so much so, that after a while even when I was not a part of the film, but there was a rape scene, they would tell the filmmaker to call me. They started calling me the rape specialist. Back in the day–it wasn’t vulgar; we had a set format–hero, heroine, comedian, villain, sister, mother. It was not like now; there were no lovemaking scenes. Why don’t they make a blue film only then? I always joke that change in fashion killed my career; women started wearing such short clothes, there was nothing left to pull.”

Also Read: Fatima Sana Shaikh Gives The Sassiest Reply To A Slut-Shamer Who Trolled Her For Wearing Short Clothes

The fact that male actors can go ahead and make such sexist statements without any hesitation shows the patriarchal ideology ingrained in our society. Making your female co-stars feel comfortable is one thing and commenting on what women wear while relating it to molestation/rape is another thing altogether. I don’t care if it was meant as a jest, because there is nothing funny about it. The fact that even now, men tend to take rape and molestation so lightly is disturbing. Bollywood plays a huge role in developing the mindset of society. So actors and filmmakers really need to understand this importance and curb and call out sexism, both on and off screen.