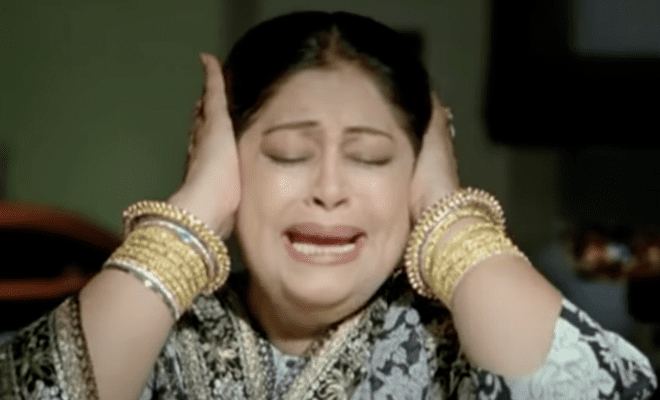 Dear Mainstream Bollywood, We Think It’s About Time You Change Your Taste In Music

Compared to other days, today is the best day to look at Bollywood’s music scenes. Why? Well, because it is World Music Day, duh. Getting back to Bollywood and its recent mainstream music, I have to say that I am extremely disappointed with it. I mean look at the mainstream songs like ‘The Punjaabban Song’ (Jugjugg Jeeyo), ‘Bhurj Khalifa’ (Laxmi), and ‘Whistle Baja 2.0’ (Heropanti 2), ‘Duniya Sharma Jaayegi’ (Khaali Peeli), ‘Chaka Chak’ (Atrangi Re), etc. All these songs are extremely sed if you ask me.

I mean, most of the mainstream Bollywood music hardly has anything catchy. Most of these “inspired” songs lack creativity, melody, and meaningful lyrics. Sometimes I genuinely wonder, if a full brain was used in creating or composing these songs. For instance, take their lyrics, except daaru, sex, party, and sexualisation of women, these songs have nothing worthwhile to talk about. The lyrics along with its composition are shallow and honestly have no direction.

Furthermore, these songs lack originality and are extremely uninspired. In fact, it seems as though even the artists nowadays don’t have the same vibe as the artists back in the day had. Even the vibe of these mainstream Bollywood songs is dull. They don’t make you feel any emotions and leave you uninspired. In fact, sometimes after listening to recent Bollywood music, I have to check my ears to see whether or not it is bleeding (looking at you Tony Kakkar). And I know, I’m being a bit harsh on them but most of my team here at Hauterrfly agrees with me. Here’s what Janvi, our Senior Features writer had to say about it, “At this point, everything is either “inspired” or remake and we’ve got BAD remakes”, even Priyadarshini, our writer agreed and said, “the lyrics are worse than that of nursery rhymes”, and another colleague of mine, Kinjal Panchal (writer) said, “The current singers’ lot does not even come close to the range that these singers presented”.

So, now that we’ve established that recent mainstream Bollywood music is trash, who do you turn to for a better musical experience. Well, personally speaking, I’m in love with old Bollywood music. Old songs have a charm that is really hard to find elsewhere. They can evoke emotions and make you feel things that you sometimes are not even ready for and if that’s not what music is supposed to do, then I don’t know what else music is supposed to do.

In fact, even Team Hauterrfly avoids listening to current mainstream Bollywood music and turns to something that has more depth and is inspiring. Here’s what they turn to:

Janvi Manchanda, Senior Features Writer: I prefer listening to either country music like Taylor Swift or simply picking Bollywood songs from the 90s and 2000s. I also like listening to Sanam ‘coz that’s how you remake songs, take note of Bollywood!

Priyadarshini Malavia, Writer: Anime music. Being an anime lover, I very rarely skip the openings and endings of the series I watch. The music of these shows is so well thought out and completely suits the overall mood and themes of the anime. Moreover, the lyrics (albeit subtitles and translated) are also well thought out and genuinely go with the show’s message. And may I add that each season has a new opening and ending depending on the ongoing plot and character?! Talk about gifting the viewers with constant bangers! And the artists behind these masterpieces genuinely put so much work into the music which makes the end product *chef’s kiss*.

Pragya Dubey, Writer: I am currently in the zone where I love to hear music which is more meaningful and something that goes with my changing moods as well. So I go to my Coke Studio playlist for music fusion of pop and classical, and amazing lyrics. I also love to discover albums from new singers, English or Hindi, because sometimes the songs just hit you, and then it’s on loop all day long.

Preeti Singh, Writer: I love listening to K-Pop songs and K-drama OSTs because they are meaningful and entertaining as well. Plus, the artists always put in so much effort in their performances that it makes the experience much more enjoyable.

World Music Day: 10 Songs With Compositions That Will Leave You Inspired