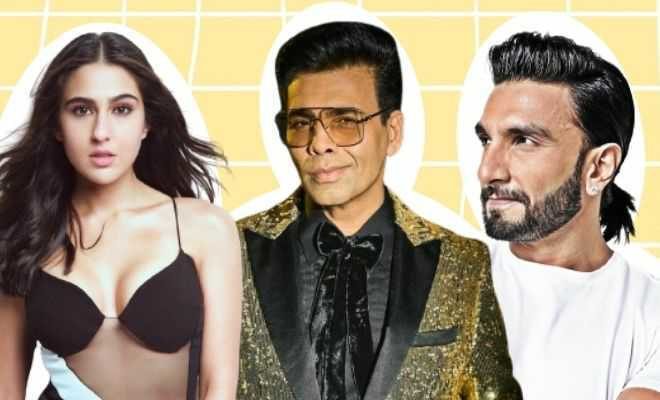 Vacations of Bollywood celebrities are always fun and happening and currently looks like the whole industry is in a very chill mood. Recently Malaika and Arjun Kapoor also returned from their gorgeous vacation in Paris. And on the other hand, we are spotting back-to-back pictures of many industry peeps chilling in London. Yes, London has become the get-together spot for our celebrities and all the pictures are proof of how much fun they are having. Many celebrities like Karan Johar, Sara Ali Khan, Manish Malhotra, Ranveer Singh, and others are having a really fun time meeting each other in London.

Firstly we have Karan Johar, who has given us every update from his London trip. Also, the director and producer’s style quotient is definitely very high in London, especially those funky and quirky sunglasses. Karan took to his social media to also post a picture hanging out with the soon-to-be mommy Alia Bhatt and the handsome Ranveer Singh. Karan also captioned the picture by writing “I found Rocky and Rani”. 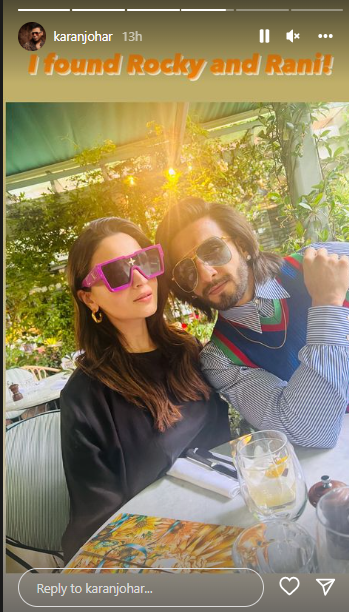 Actor Sanjay Kapoor was also spotted bonding with family in London. In fact, he also met his niece and again the very soon-to-be mother Sonam Kapoor and Anand Ahuja at their home. He also put out a very sweet post about this meeting.

Famous celebrity designer Manish Malhotra is definitely having a blast in London. Manish Malhotra also took to his social media handle to give us every update on his vacation. He posted pictures chilling out with Sara Ali Khan, Kareena Kapoor, Gauri Khan, and others in London. He also gave us a glimpse of what his morning looked like in Hyde Park London. Kareena Kapoor Khan and Natasha Poonawalla were also spotted chilling with the designer and he also dedicated a sweet post for them. 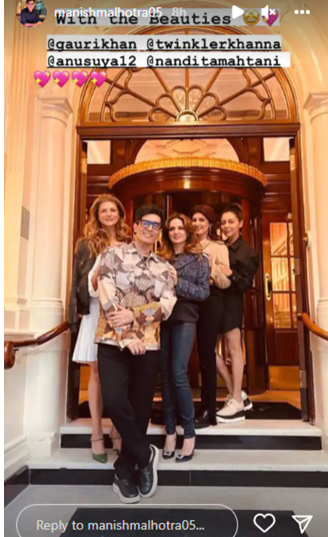 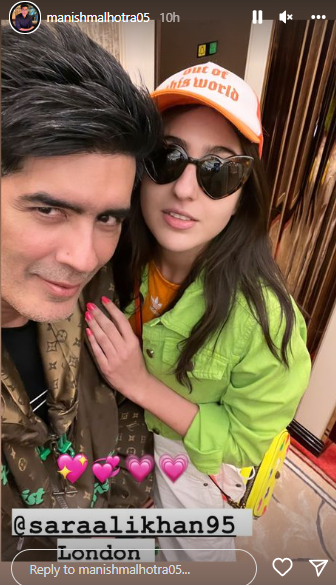 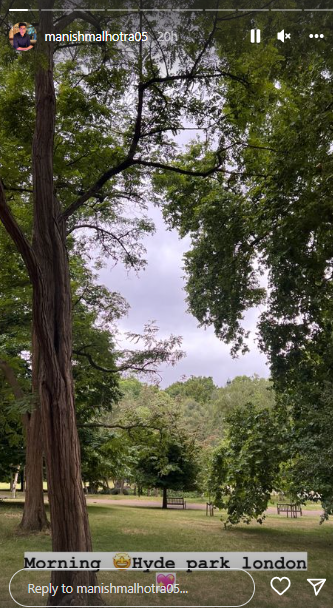 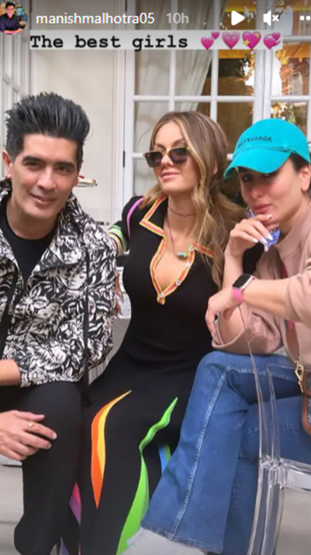 Manish Malhotra also had a lovely meeting with Alia Bhatt and Karan Johar. He posted a sweet picture and a very accurate caption to it. 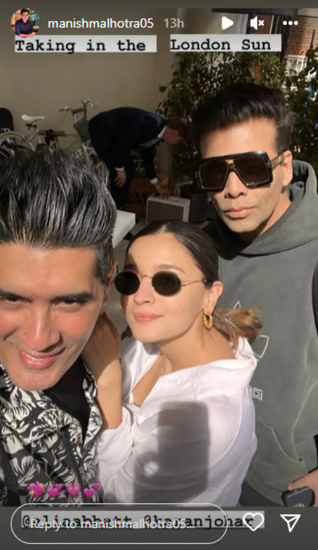 All the celebrities have also found their favourite restaurant too in the famous Indian restaurant Copper Chimney as many of them put out a post on how lovely time they had in this place. Karan Johar and Kareena Kapoor dedicated a post for it. 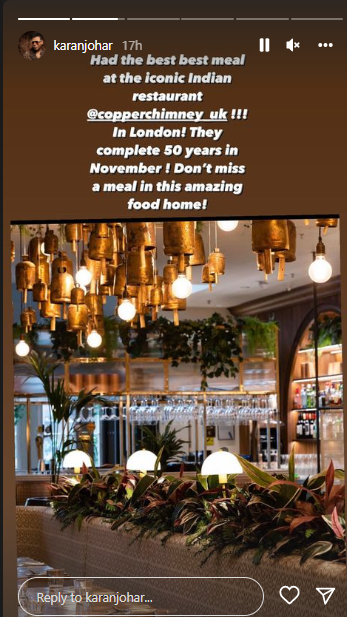 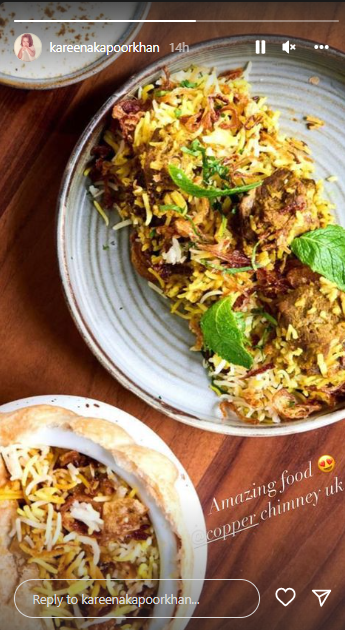 Always fun to see such lovely vacation diaries from the Bollywood celebs!