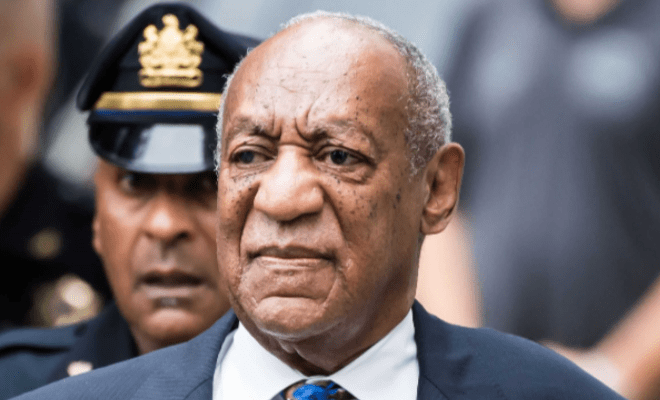 Bill Cosby Found Guilty For Sexually Assaulting A Minor In 1975, Civil Jury Gives Out The Verdict

I’m a strong believer in the phrase ‘sach kabhi na kabhi bahar aa hii jaata hai’. I do believe that irrespective of the time that has passed or how powerful the person hiding the truth is, it will always come out and when it does, the person(s) responsible will get what they deserve. And something like this is happening right now. A civil jury after so many years has found Bill Cosby guilty of sexually assaulting a minor in 1975. The jury ruled in favour of Judy Huth and has ordered the comedian to pay $500,000 with no punitive compensation.

Judy Huth who filed a sexual assault case against Bill Cosby had accused the comedian of calling her friend and her to the Playboy mansion a few days after meeting them in a park. She had alleged that he got her alone in a bedroom and then forced her into a sexual act.

The verdict given by the civil jury was in favour of Judy Huth wherein they found Bill Cosby guilty of sexually assaulting a minor in 1975 and ordered him to pay $500,000. The jury did not award any punitive compensation to her though. And after the verdict was out Gloria Allred, who was her verdict celebrated the win stating that this was a step towards “real change”.

As per reports, Gloria Allred, who is Judy Huth’s attorney, said that the verdict delivered by the civil jury with regards to Bill Cosby was a historic one as it was the first case that went to trial under the Child Victims Act – the act which protects adult survivors of child sex abuse to come forward and hold their abuser accountable even after years have passed by.

After the verdict, Judy Huth who had filed the sexual assault case against Bill Cosby spoke to the media and said, “I was elated. It’s been so many years, so many tears, it’s just a long time coming.” She also went ahead and expressed her gratitude to the jury for giving out a verdict in her favour.

Speaking about the verdict, a spokesperson for Bill Cosby gave out a statement saying, “We have always maintained that Judy Huth, Gloria Allred and their cohorts fabricated these false accusations, in order to force Mr Cosby to finance their racist mission against successful and accomplished Black Men in America. Mr Cosby continues to maintain his innocence and will vigorously fight these false accusations so that he can get back to bringing the pursuit of happiness, joy and laughter to the world.”

In the Bill Cosby trial, 9 jurors had voted that his conduct was motivated by an “unnatural or abnormal sexual interest in a minor” when they were announcing the final judgement.

Woman In Germany Given Suspended Sentence For Poking Holes Into Her Partner’s Condoms, Charged With Sexual Assault