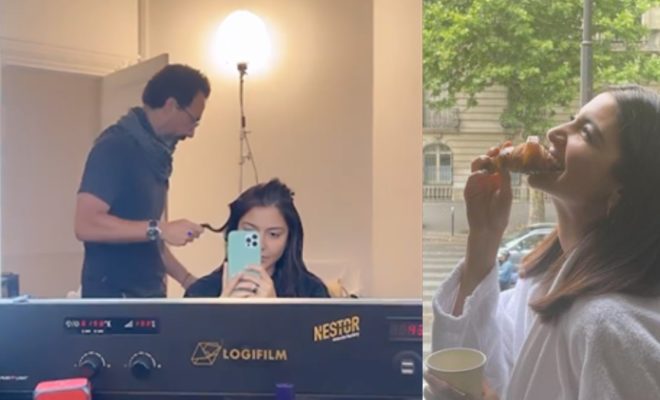 Anushka Sharma Shares A Picture Enjoying A Parisian Delicacy. Can You Guess What It Is?

The weekends are here and I am pretty sure everybody has plans. And the people who don’t have any can vicariously enjoy Anushka Sharma’s leisurely vacay in Paris and guess that she is working too! However, the Chakda Xpress actress is definitely giving us a break from Maldives and London. And she is living it up in the city of love. Anushka has also shared some moments of her time in Paris and we can say that she believes in the fact that “when in Paris, do what Parisians do”.

Anushka Sharma is busy with her shoot for her next movie Chakda Xpress which will be a biopic on the famous cricketer Jhulan Goswami. However, currently, she has taken a workcation and is spending some quality time with her husband Virat Kohli and daughter Vamika in Paris. On July 22, Friday, Anushka Sharma took to her Instagram account to share a pic of herself enjoying a Parisian delicacy, and can you guess what is it? Well, ending the curiosity here, it is a croissant. In the picture, Anushka can be seen sitting by the window of her hotel room in a white bathrobe and having a croissant, and of course, in the backdrop, you can see the beautiful street view of Paris. The actor shared three pictures of herself enjoying the croissant, however, the expression in each of the pictures is different. You can see the happiness and pleasure on Anushka’s face while taking a bite of the croissant. For the caption, Anushka wrote “ When in Paris, eat many croissants”, and we are definitely going to take this tip whenever we visit Paris. She also took to her Instagram stories to share clicks of some shoot set in Paris,  and one where she is getting her makeup done. The croissant pictures too went on her stories. She also shared a video of traveling on a train. 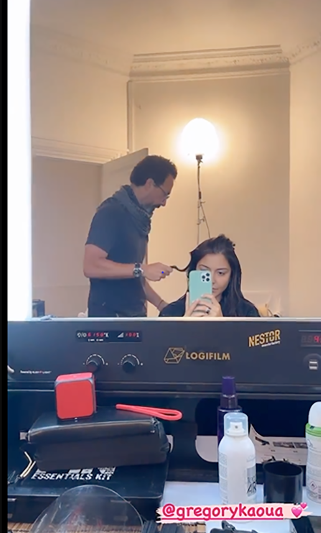 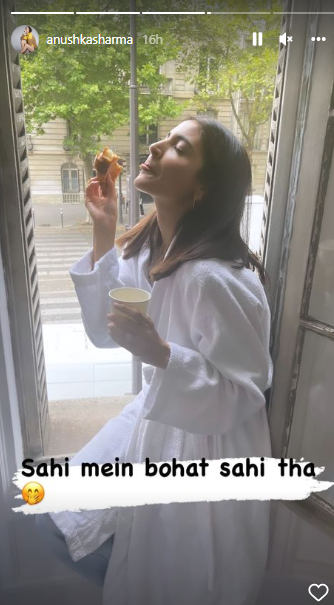 Also on Anushka’s post, actor Parineeti Chopra commented by telling Anushka to send some to London and thanked her beforehand.

Also Read: Why Is Twitter So Mad At Ranbir Kapoor For “Mocking” Anushka Sharma’s Anxiety Years Ago?

Well, I want to know the project she is working on in Paris!

Anushka Sharma Implements Waste Segregation On The Sets Of Her Production House. So Someone In Bollywood Does Care