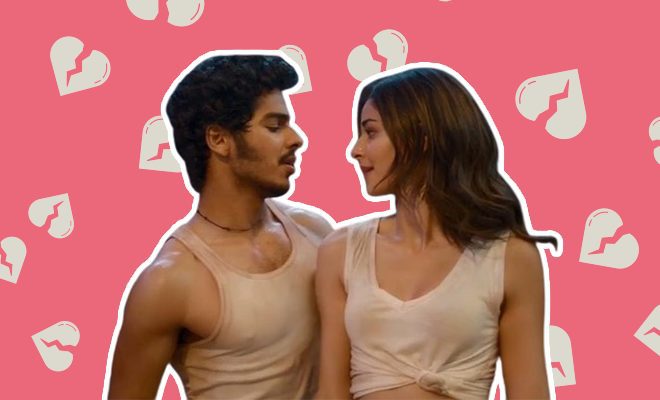 Ananya Panday And Ishaan Khatter Have Reportedly Called It Quits After Dating For 3 Years. This Breakup Is Breaking Our Hearts.

As someone who has, unfortunately, had failed relationships here and there, I can tell you that it is hard and next to impossible for breakups tend to come with their own set of issues and drama. However, it’s not completely impossible for two people to end things on a positive note and continue being friends. It’s a sad day for all those that were waiting for shaadi scenes for the young couple of Bollywood: Ananya Panday and Ishaan Khatter as the pair have decided to end their relationship of 3 years in a cordial manner.

Ananya Panday and Ishaan Khatter have called it quits after 3 years of being vocal about their relationship and their relationship status. The pair allegedly bonded on the sets of Khaali Peeli after which they went further with their relationship. The decision to break up was mutual between the pair and the relationship has ended on a positive note as both of them will continue being cordial to one another.

Ananya and Ishaan are open to doing movies together and are planning to handle the breakup with maturity. Sources say, “It’s all fine for them on the friendship front, and they have parted ways on a good note. They realised that their way of looking at things was a little different from each other and hence the decision.”

Singer Kanika Kapoor Says She Was Mercilessly Trolled After She Tested Positive. Erm, She Ignored Protocol