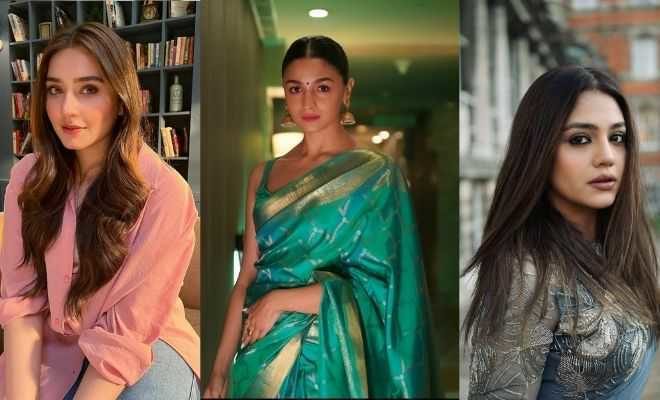 As we all know, the whole world is currently obsessed with women’s bodies and wants to forcefully guide them on what to do before and after their marriage and pregnancy. However, Alia Bhatt recently called out a news publication for publishing some confirmed news about her upcoming projects and we couldn’t agree more with her. And now, Pakistani actors – Zara Noor Abbas and Durefishan Saleem showed their support for Alia over her “I’m a woman, not a parcel” comment.

Alia Bhatt, who recently announced her pregnancy, responded to a misogynistic news report that claimed that the Gangubai Kathiawadi actress will wrap up filming her ongoing projects, including Heart Of Stone and Rocky Aur Rani Ki Prem Kahani by mid-July so that her pregnancy does not impact her work commitments, the article also hinted that her husband, actor Ranbir Kapoor is going to travel to the UK to ‘bring his wife home.’ She criticised the news publication on her social media account for being ‘archaic’. After that, many celebrities came out to support her, including Pakistani actors Zara Noor Abbas and Durefishan Saleem, they said that women do not need to prove their motherhood or talent to anyone.

Also Bhatt: “I’m A Woman, Not A Parcel”: Alia Bhatt Calls Out Publication For Misogynistic Reporting Of Her Pregnancy

Sharing Alia Bhatt’s Instagram story, Zara mentioned that she can relate to Alia’s experience and said that brands wanted to drop her after she announced her pregnancy. In her post, she wrote, “And I thought only Pakistan thinks like this, specially when brands wanted to drop me off when they got know I was expecting. Becoming pregnant and being an actress makes the society feel you are not GOOD for work anymore. Well, guess what, women are good enough for everything and anything and it’s time the DICTATORS realise so. And we don’t have to prove our motherhood and craft to any patriarchy.” 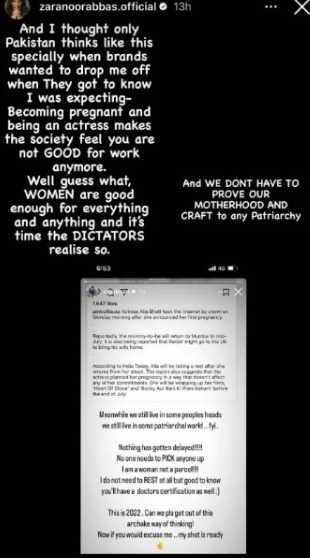 Durefishan Saleem shared an Instagram story on her social media account and said that people need to stop telling women what to do after their marriage. “We can get married/make babies and still be kick*** fab. Marriage is a part of life, not a halt. Stop telling women that their career goals don’t align well with that (star emoji),” she wrote. 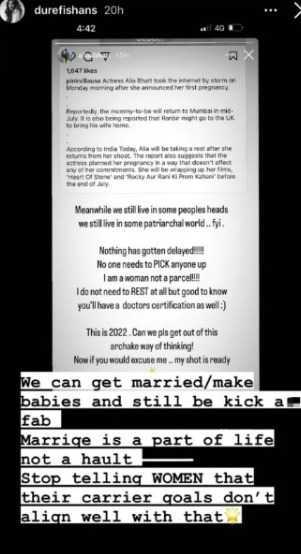 Well, we hope that everyone understood the message clearly now.