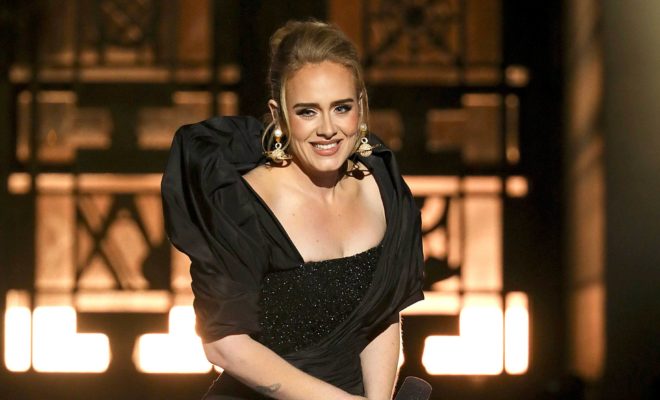 Divorces are tough not only on the couple but every one that is a part of their lives, especially the children. While I do believe that if two people aren’t happy together, they should be free to move on and find happiness elsewhere, I will also admit that a divorce can be a very traumatising experience to go through. Adele and her ex-husband Simon Konecki have a son together and mama Adele seems to realise how confusing a divorce might be for her son. Hence she has added a voice note to him in her upcoming album, explaining the divorce.

Adele’s highly anticipated album called 30 was released recently and involves a voice note to her son talking about her divorce from his father Simon Konecki. Adele has opened up about the album in recent interviews and has mentioned how 30 signifies a new chapter in her life. According to reports, Adele has also opened up about how embarrassed she felt that her marriage did not work out. However, she and Simon Konecki put up a very amicable front as they co-parented their son.

In an interview with Oprah, Adele opened up about how important Simon and there was to her as signs of stability in her life. The singer said, “I think Simon probably saved my life, to be honest with you. He came at such a moment, where the stability that him and Angelo have given me, no one else would have ever been able to give me like. Especially at that time in my life, I was so young, and I just I think I would have got a bit lost in all of it.” she added, “Even now I trust him with my life. He and Angelo were angels that were sent to me, that’s how I feel.”

Also Read: Adele Revealed How A Self-Help Book Helped Her Find Her Freedom Post Weight Loss Transformation. You’d Want To Get Your Hands On This One

In her new album, 30, Adele has added a voice note to her son, Angelo. She explains that she has “been having a lot of big feelings recently,” and “I feel a bit confused.” When Angelo asked her Why, she said, “I feel like I don’t really know what I’m doing.” He asked, “Oh at all?” to which she replies, “at all.” Adele then tells him, “I love your dad because he gave you to me. You’re half me and you’re half Daddy,” The chorus is then worded as, “Momma’s got a lot to learn/I’m holding on.”

I am kinda refreshed to see a couple be mature about divorce and still respect each other enough to co-parent a child. Moreover, I like that Adele has admitted that she does not know what she is doing and is still learning. I believe that a lot of us idealise our parents growing up, not realising that they are humans too who are prone to errors. Admitting this to her son must have been hard for her but I am glad that she took that step.