As someone who got engaged earlier this year, I know how special that moment feels! The thought of spending the rest of my life with my favourite person is quite dreamy! So, when I hear news of someone getting engaged, it makes me feel very happy. And since no one in my friend circle apart from me has gotten engaged, I now rejoice knowing that celebrities or their kids have said ‘yes’ to their partners and that we might get to hear the wedding bells soon! Friday, September 23, was one such day as Aamir Khan’s daughter Ira Khan announced her engagement to her long-time beau Nupur Shikhare. She took to her Instagram to share the video of her proposal and let me tell you, it was quite unconventional!

Nupur popped the question to Ira at the Ironman Italy, a racing competition. In the video, he is seen walking toward her and they lean in for a kiss as the crowd loudly cheers for them. Then, Nupur gets down on his knee and asks her if she will marry him and she excitedly says ‘yes’. They kiss again after which Nupur heads out for his event. She shared the video with the caption, “Popeye: She said yes (red heart emoji) Ira: Hehe(blushing emoji) I said yes.”

Nupur Shikhare also took to his social media to share a couple of pictures with his fiance Ira. He also reshared the proposal video and wrote in the caption, “Ironman had a special spot, jahan humara roka hua tha.” 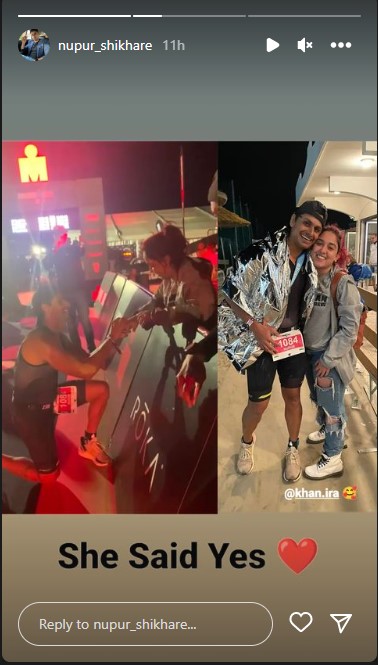 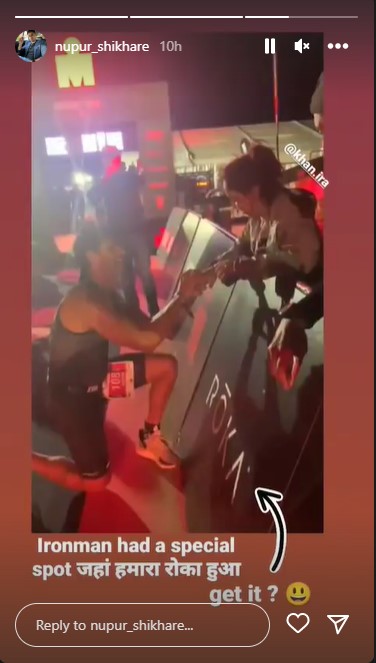 Congratulations came pouring in for the couple from celebrities and fans alike. Hazel Keech, Fatima Sana Sheikh and Rhea Chakraborty were amongst the celebs who showered love on the couple. See their reactions below. 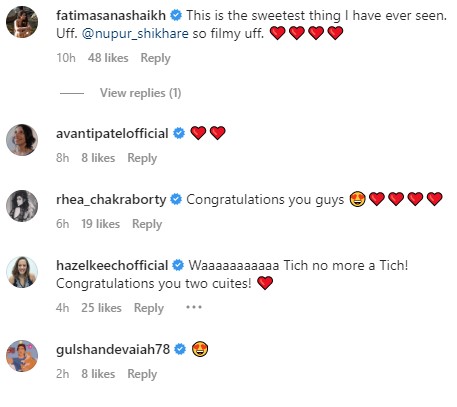 Ira and Nupur have been dating for some time now, and they always feature on each other’s social media posts. We’re so happy for them and wish them all happiness and love in the world!