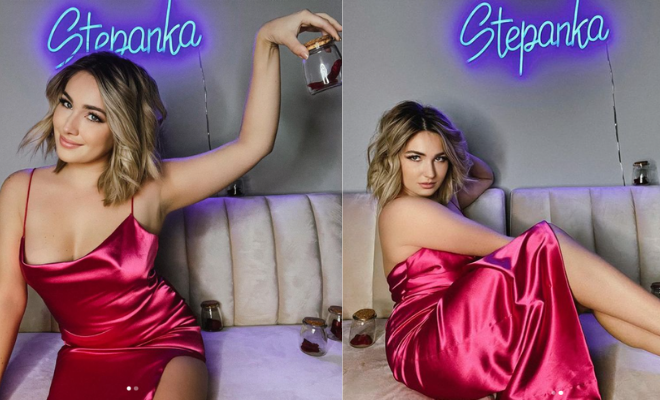 90 Day Fiancé’ Star Stephanie Matto Is Now Selling Fart-Jar NFTs. Yes, This Is As Bizarre As It Sounds

As a self-proclaimed TLC fangirl (please hear the sarcasm here), I am pretty savvy with the brilliant shows that the channel has produced for us over the years. We have been gifted with shows like My Big Fat Fabulous Life, My Crazy Obsession and Counting On. However, my personal guilty please is 90 Day Fiancé and all its variations. 90 Day Fiancé has given us a myriad of social media stars who definitely don’t deserve the platform and audience they have been given and do anything and everything to remain relevant; the Trisha Paytas’ of mainstream reality TV, if you ask me. One of them is YouTuber and former 90 Day Fiancé, contestant Stephanie Matto. Since her stint on the show, Matto has done everything she can to remain in the news and one of them is selling her farts in a jar. Yep, you read that right! Moreover, due to recent health issues due to over-farting (I am being completely serious), she is now selling NFTs of said farts in a jar, a sentence I never thought I would type but here we are.

Stephanie Matto has been spoken about since she first appeared on 90 Day Fiancé and with the way things went between her and her partner, people accused her of coming on the show looking for popularity and subscribers for her YouTube channel. Somehow she has gotten even more popular since then as the woman that sells her farts in a jar. Apparently, after the increase in demand for the jars, through which Matto claims she made around ₹1,47,94,000.00 (questioning your career choices yet?), she fell ill. Matto apparently consumes fart inducing foods for her business and one morning after consuming many servings of black bean soup and three large protein shakes, she experienced sharp shooting pains in her chest and heart. Upon examination, she was informed that all the excessing farting was affecting her body negatively. At this point, I don’t know whether to take this seriously or not.

However, rather than shutting down her business, Stephanie Matto has decided to move it to the world of crypto through NFTs. A digital artist contacted Mato and suggested that they use her business as an inspiration for unique artwork of bottled farts which can then be sold as NFTs. Matto agreed for the same as it is “very creative.” The fart jars NFTs were released on January 5 and have been selling for 0.05 Ethereum which is around ₹ 11,363.

Stephanie Matto got the idea for farts in a jar when her followers on OnlyFans asked for her farts. Matto told Insider that the first batch of 97 jars made around ₹ 36,985 ran out of stock immediately. After seeing the increasing demand, she increased the price and sold each jar for $1,000 which is around ₹ 73, 970.

I honestly don’t judge Stephanie Matto for jumping on a stupid but lucrative business opportunity. I also am pretty certain that she is trolling. However, I will judge everyone who bought her farts in a jar. She is just making the best of her options. However, the people who willingly bought it,  I have just one question: why?

GET HAUTERFLY IN YOUR INBOX!
Related ItemsFeaturedfartsStephanie Matto90 day fiancé