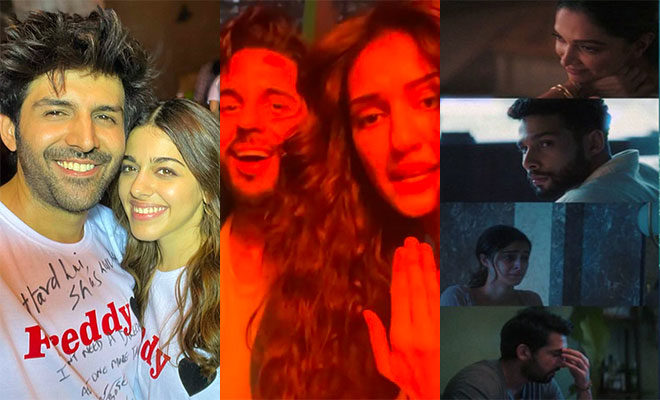 The Indian film industry or popularly known as Bollywood is one of the world’s largest film industries today. But what makes Bollywood films so special? You can add things like a good script, a mind-blowing plot twist, beautiful cinematography, a few heartwarming songs by Arijit Singh. But it also requires great actors and not just any two people who can act but a Bollywood pairing that can woo the audience to watch the film with their amazing chemistry. Some pairings like Nargis-Raj Kapoor, Kajol-Shah Rukh Khan, Aishwarya Rai-Hrithik Roshan, Karisma Kapoor-Govinda, and Katrina Kaif-Akshay Kumar have created their own magic on the silver screen and undoubtedly, the audience loved it. With hundreds of films produced every year, we see new pairings of Bollywood celebrities and that will continue in the year 2022. So, let’s take a look at some of the new Bollywood pairings we are excited to watch in 2022.

Here’s a list of 7 new Bollywood pairings we are excited to watch in 2022:

The Mastani of Bollywood Deepika Padukone and MC Sher Siddhant Chaturvedi will be seen together in the upcoming film Gehraiyaan. Directed by Shakun Batra, Gehraiyaan is all the complexity of modern love and relationships, and ever the teaser and official poster dropped, the chemistry these two exception actors have got us all excited to watch the movie.

Also Read: Someone Pointed Out How ‘Gehraiyaan’ Poster Gives Credit To Intimacy Director. We Love That Indian Films Are Getting There!

Disha Patani and Sidharth Malhotra have never worked before in a film together but finally, this fresh Bollywood pair is all set to feature together in an action film titled Yodha. The film is produced by Dharma and both the actors gave us a glimpse of their characters from the film on their social media account and we are totally thrilled to watch the couple on the silver screen.

Another pair of Bollywood actors that will grace the big screen together for the first time is Alaya F and Kartik Aaryan. They both will be seen in the film Freddy. Recently, the shooting of the film was wrapped and they shared a few pictures from the set and we are already excited to watch them, not gonna lie! Freddy is expected to release in 2022.

What happens when two brilliant actors come together for a film for the first time? The audience goes crazy to watch them just like we are going crazy to watch Sara Ali Khan and Vicky in the upcoming Bollywood film which is a romantic comedy by Laxman Utekar. Recently, a few pictures from the sets leaked and their look has already piqued our interest. The shooting of the film is currently going on in Indore.

Seems like the stars are perfectly aligned for Siddhanth Chaturvedi this year. He will soon share the screen space with one and only Katrina Kaif. They both will be seen in a horror-comedy Phone Booth also featuring Ishaan Khattar. Earlier, we got the first look of the actors from the film, and they are looking super cool in a suit and created a lot of buzz for the film. We are quite excited to see this new pairing as soon as possible!

Rajkummar Rao and Bhumi Pednekar is another fresh Bollywood pairing that will grace our screen for the first time with their film Badhaai Do in 2022. They have started promoting the film by posting cute pictures together on social media and we can’t wait to see their chemistry in the film. The film is a sequel to the hit film Badhaai Ho! It will release around Republic Day this year

Ananya Panday and Vijay Deverakonda will feature in the film Liger. This Bollywood pairing is quite unique because Vijay is full of machismo and Ananya has the girl next door look, so it will be exciting their on-screen chemistry. Recently, the makers of the film gave a glimpse of the film and it looks very intense. The film will release in theatres on August 25, 2022.

Also Read: Liger First Glimpse Is Here And Would You Look At Vijay Deverakonda?!

Bollywood fans are crazy over watching their favourite on-screen couple together in films. Let’s see if these new pairings will be able to create the same magic on the audience or not. But one thing is sure that we are really excited to watch these new Bollywood pairings in films of 2022.