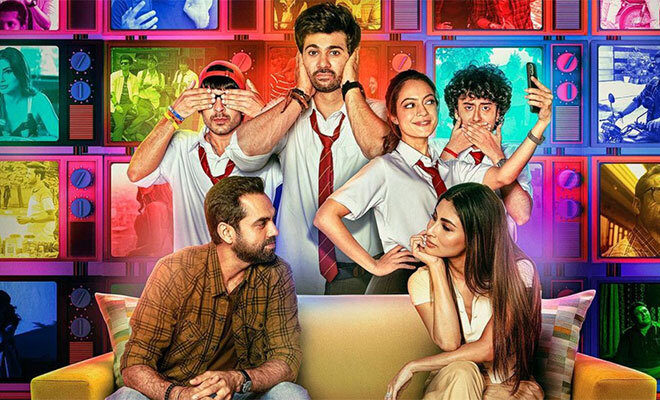 5 Vella Thoughts That Came To Me While Watching The ‘Velle’ Trailer, Originality Kaha Hai?

There are quite a few upcoming films that are due to release this December. With so many movies and series floating around the internet, a new trailer has entered the arena. Deven Munjal, who has worked on films like Main Hoon Na and Om Shaanti Om,  has his upcoming feature called Velle starring Abhay Deol, Karan Deol, Anya Singh, Savant Singh Premi, Visshesh Tiwari and Mouni Roy. The trailer was released today itself and has already garnered 82,544 views. Having contributed at least 4-5 views myself, I think I am more than willing to give my thoughts on the Velle trailer:

1. First things first, (in my opinion) Karan Deol is like Kartik Aaryan 2.0. Sorry, not sorry. While I haven’t seen him as an actor in Velle, his appearance and the overall portrayal of his character, Rahul, reminds me of Kartik Aaryan’s Rajat from Pyaar Ka Punchnama!

2. The trailer tells the story of a group of friends or “velles” who take a joke too far and try to get out of a mess they have created. The stereotypical trope of 3 male best friends with one being the protagonist and the other two being the sidekicks has clearly stuck around and I am kind of bored of it. Most of the time the dynamic between such characters is the same regardless of the movie and by the looks of it, Velle has stayed true to the trope.

3. Another trope that Velle has stuck to is the “not like other girls” trope. Anya Singh’s character, Riya, seems to embody that. The trailer shows her subverting expectations as she responds very quirkily to Rahul approaching her and becomes the all-male trio’s friend. Somehow giving the vibe that she is cool and quirky enough to hang out with ‘the boys.’

5. The humour is pretty generic too. Like the writing paired with the character dynamic isn’t unique in any way. Admittedly, the humour seems to fit the plot they are going for but it would have been refreshing to see something different or a new angle to something that has been done before.

This trailer did not excite me all that much, but I might just watch this movie for Abhay Deol only and the fact that the Telugu film Brochevarevarura, off which it is based, got favourable reviews. Velle releases in theatres on December 10, 2021.

Deepika Padukone Confirms To Portray Draupadi In Her Next Film. Says, She Wants To Tell The Story To The World.