Here’s Why You Should Binge-Watch ’13 Reasons Why’ STAT 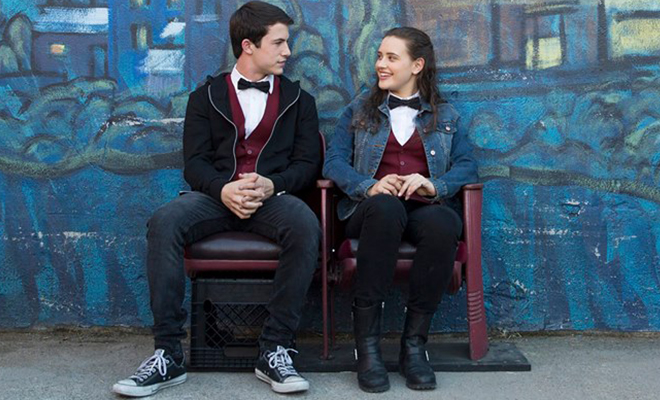 I’m one of those few people who didn’t have a Netflix subscription till like 3 days ago, and who wouldn’t stay up after a long day at work to sit in front of the screen again.

But something changed this week, and I chose to watch a show that I know will stay with me for a long, long time. I don’t know if this article counts as a review — think of it like more of a request for you to give it a chance.

13 Reasons Why is a Netflix Orginal based on the 2007 novel by Jay Asher, and has been produced by Selena Gomez. Selena, who was in rehab for a long time, felt that a show like this was the need of the hour.

With a cast that is relatively unknown, this show, which went on air on March 31, left me sleepless for 3 nights straight.

Every time I tried to do anything else, my mind would wander back to the characters and I absolutely needed to know what would happen next.

But, before you read more, here’s a spoiler alert, so go ahead at your own risk.

At first, the show comes off as a high school drama, where a teen has committed suicide and the others are trying to cope.

Then comes the twist — Hannah Baker, the lead, has recorded 13 tapes citing 13 reasons why she decided to take her life (thus the 13 episodes). With each tape, we are introduced to a new character and how they led Hannah to take her life.

We see the story through Clay’s eyes, who is the male lead, and is one of the 13 reasons Hannah kills herself, but he is trying to figure out what he did. It is slightly annoying to wait for him to reach his tape, but the suspense was needed to take the story forward.

I think it’s safe to reveal that Clay has been in love with Hannah, which makes it harder for him to hear everything — her voice echoes in his mind, and he really wants her to be alive.

The plot thickens with each tape, with every episode, and that’s when you will realise just how much your heart can hurt. You will see how bullying, slut-shaming, friends leaving, rumours, and lies can take a perfectly normal girl’s life, so brutally.

This show will make you cry endlessly but you won’t be able to stop watching till you reach the end — you need the closure. Episode 10 will legit break you.

Why should you watch something that depresses you? Because that’s the world we are living in. In a way, many of us go through what Hannah does and like Skye (another character) said, “She didn’t go through anything different from what the rest of us do”.

And that’s true. The show is as real as it can get, with no filters whatsoever. The language, the rape scenes, it’s all there.

Suicide needs to be spoken about and this show only cements that thought. Hannah could have been saved. She tried giving her life a chance, the people in it a chance, and everyone disappointed her. We need to learn a few lessons from 13 Reasons Why and help the people around us.

We have no idea what is going on in the lives of other people. The lady in the train you see every day, the man at your favourite food joint, your colleague who sits with you daily, or even your best friend who says she is okay, everyone has problems and you need to notice the signs before it’s too late.

The last episode will shatter the misconception that only cowards commit suicide. The scene of how she did it will shake you from your core and you won’t be able to get it out of your head.

Throughout the series, you root for Clay and Hannah to unite, like I did, only to realise that it’ll never happen. So, tell your close ones that you love them, before it’s too late .

So please watch 13 Reasons Why for the amazing performances that will give you goosebumps and make you grateful for being alive. And also, thank you, Netflix.