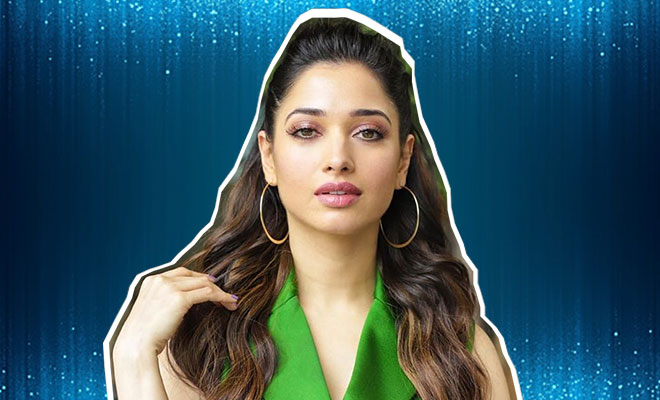 Tamannaah Bhatia is one of those rare celebrities who keep their personal lives out of the limelight and just focus on their work. We totally respect that decision, but that also means we barely know anything about the always gorgeous looking actress. But it looks like she may be willing to spill the tea on some of the most expensive things she owns and splurges on. For starters, the actress is a beauty junkie and spends plenty on makeup and hair products.

Kicking off the list with the most expensive bag she owns, the actress revealed it’s a classic grey Chanel. Moving on to the most expensive trip she has taken ever, the actress revealed an interesting tidbit that makes her so relatable. On a budget trip to the US, Tamannaah managed to run up her shopping bill so much that ended up being the priciest vacay she has ever been on!

As for the indulgent hair and makeup products she owns, a hair gel that costs a whopping 40-50 thousand is what took the top spot. As for the priciest makeup item she owns, the top spot went to a Pat Mcgrath eyeshadow palette which can cost as much as 10k. The actress also confessed to being a big ‘makeup hoarder’, collecting products wherever she travels abroad.

The most expensive present the actress has confessed to receiving is a Hermes bag. Do we sense a street style star in the making? Being part of one of the most expensive movies ever made in the country, the actress got real about her wardrobe as well, both on-screen and off. Titled Sye Raa Narasimha Reddy Tamannaah revealed the elaborate costumes, designed by the likes of Anju Modi, as some of her most priced (you see what I did there?) movie possessions.

Tamannaah also candid about the one Bollywood celeb who she thinks is the most expensive… Ranveer Singh! The actress shares that she loves his elaborate styling. She is also a big fan of treating herself and gifted herself a solitaire band. You do you, Tamannaah!