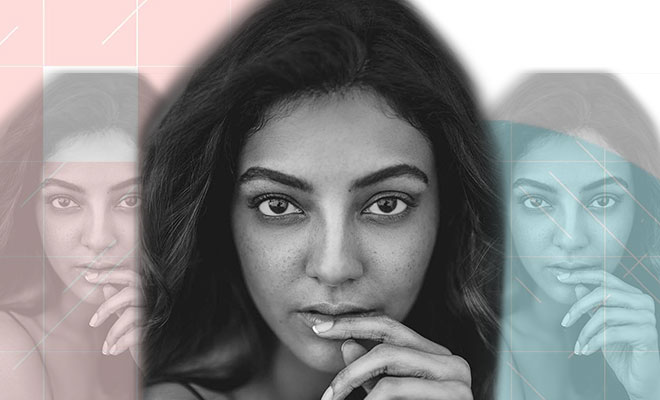 Kajal Aggarwal Gets Very Real About Faking It On Social Media In A Freckle-Faced No-Makeup Post. We Think It’s Courageous!

It is so refreshing when stars get real about celebrity culture. The constantly done-up faces and perfectly styled shots of actresses on social media can become daunting for their many impressionable followers. Fortunately for us, millennial celebrities seem to have made a responsible representation of beauty and fashion their priority and we love it. From no-makeup selfies to candid revelations about their struggle with body image issues, they are laying it all out there!

ALSO READ: Bollywood Actresses Are Posting Selfies Without *All* That Makeup And It’s Heartening!

A fresh face (literally!) to join those ranks is popular actress Kajal Aggarwal, who recently poured her heart out about the courage it takes to be real on social media.

The actress seemed to have targeted the toxic celebrity culture that thrives on superficial beauty. “People can’t discover themselves anymore. Perhaps because we live in a world crazed by physical attraction or because social media has swallowed up our self-esteem in whom and what it glorifies. Billions of rupees are spent on cosmetics and beauty products that promise you the perfect body,” she posted.

Kajal has made a big name for herself in Hindi, Tamil and Telugu films. That puts her in an extremely vulnerable position, wherein nearly the whole country sees her on screen. This comes with its own set of pressure, the struggles of which she posted about as well. “Narcissism seems to exist everywhere. Between those lines, we try to join the crowd or feel left out. Yet the only way we can truly be happy is when we start accepting who we are rather than defining or carving a different image for ourselves,” she said.

The actress has been the face of major beauty brands, especially the ones that are bound to be found in every household. Her message of going bare-faced and embracing your flaws is necessary for young girls to hear more often. “Although makeup beautifies our outer persona, does it build our character and define who we are? True beauty lies, in accepting ourselves for how lovely we are,” she said.

Kajal will be next seen in the Tamil remake of Queen. Titled Paris Paris, The film featured Kajal recreating Kangana’s character from the film, and it looks super fun. Check out the trailer below!